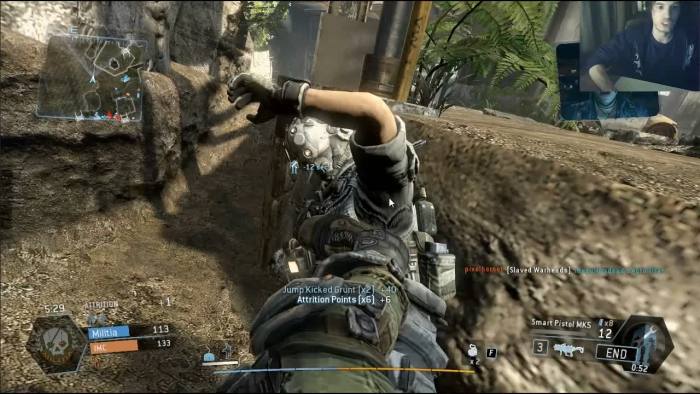 There’s a lot of video game mods out there that either add more maps, weapons, or just give the game something the developers can’t or haven’t thought of. Well, this Titanfall 2 mod falls exactly in that category.

If you ever wanted to do an actual punch in order for your Pilot to melee in Titanfall 2, then your wishes have been granted! Check out this video of Reddit user Lycanther-AI where he does an actual jab in order to initiate a melee attack in the game. It’s both impressive and funny at the same time.

The least efficient way to melee from titanfall

This is one of those “why would you ever want to do that?” sort of thing, but it’s there. Someone made a Titanfall 2 mod just for this and I have no idea why. It’s a cool experiment though.

Speaking of Titanfall 2 mods, here’s a more grounded one wherein someone is creating a custom Gauntlet maker.

Call of Duty: WWII Glitched All Black Camo Type Being Considered to Be Added