While Titanfall developers Respawn Entertainment will be looking into mod tools for the PC version of their sci-fi shooter, it won’t be happening at launch.

Responding to questions on Twitter, studio head Vince Zampella stated that the studio will only support Titanfall with mod and mapping tools after evaluating the game’s launch. 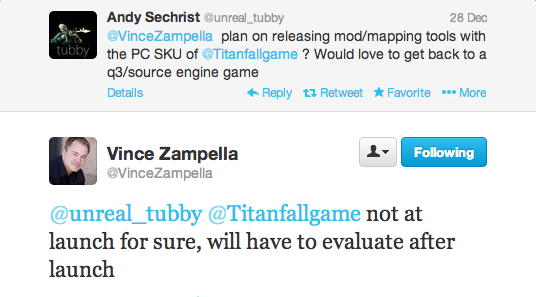 It was recently discovered that though sniper rifles will be in the game, techniques like “quick scoping and no scoping [will be] ineffective,” according to a Respawn representative.

Check out the latest trailers for the Atlas, Ogre, and Stryder Titans.