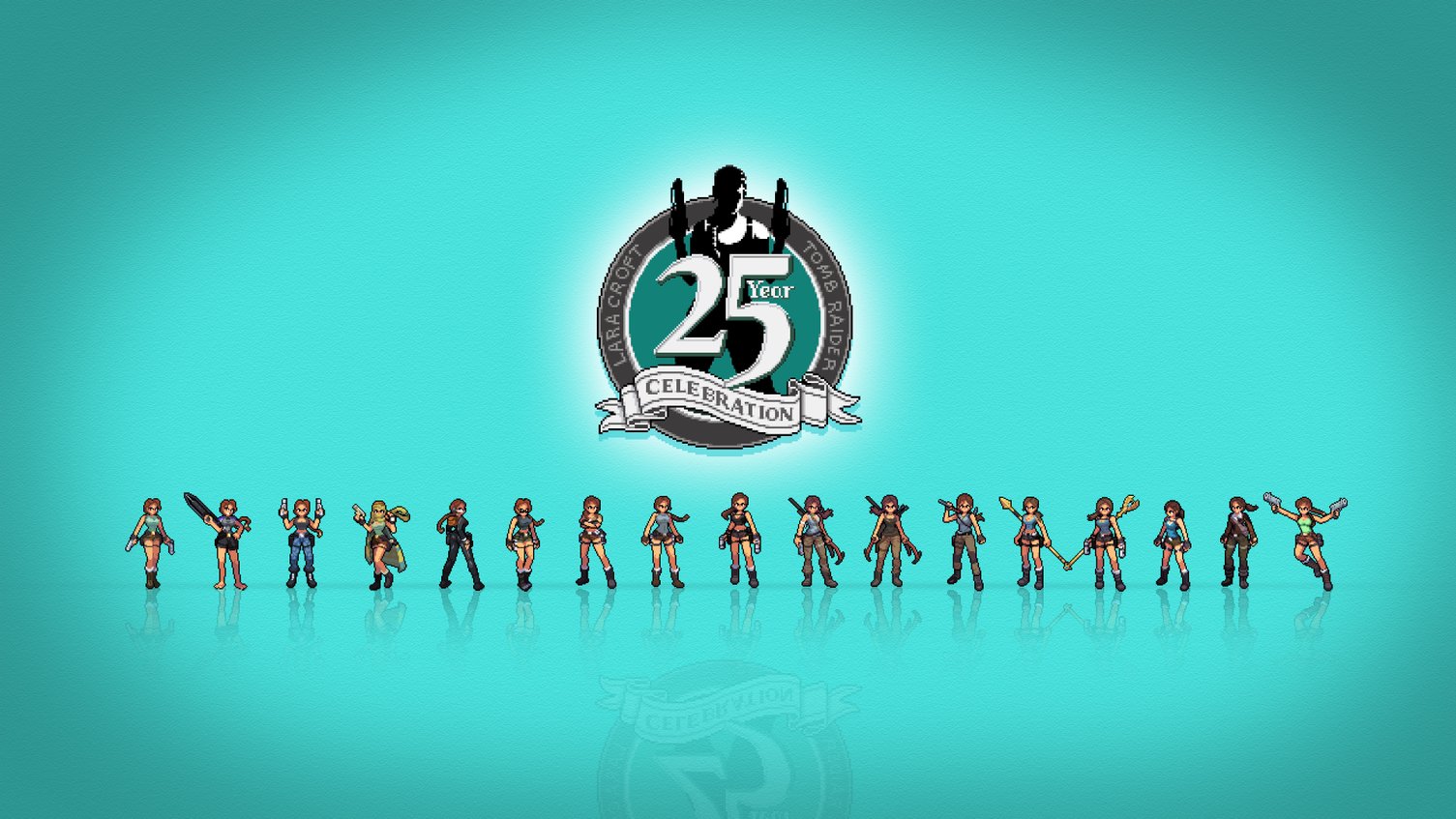 If you love Lara Croft and her adventures then a big celebration awaits, as the Tomb Raider 25th Anniversary is being celebrated by Square Enix, Crystal Dynamics, and Eidos-Montreal with big  announcements for the franchise that will get fans excited and happy for the series’ legacy and future!

In celebration of the original Tomb Raider game’s release 25 years ago this week, Square Enix, Crystal Dynamics, and Eidos-Monreal announced a couple of things via a press release.

Here’s the game related news for Tomb Raider fans to look forward to.

Speaking of the Lara Crofts, here’s a video of different women congratulating the Tomb Raider Franchise on celebrating 25 years.

Tomb Raider: The LIVE Experience will give fans the chance to dive into the world of Tomb Raider. For the first time ever, teams of visitors will work together while fully immersed in a genuine Tomb Raider adventure, forging their own destiny alongside recognizable characters from the blockbuster franchise. This groundbreaking immersive adventure drops visitors into a race against time as they help Lara Croft solve a mystery that will save the world.

An exhibition called The World of Lara Croft – 25 Years of Tomb Raider will premiere also in 2022 at the Storyworld museum in Groningen, Netherlands. Charity initiatives are also underway for the 25th anniversary celebration, and Netflix is hard at work in creating the new Tomb Raider animated series, which we reported about a while back.

For more about the celebration and all things Lara Croft, visit the official Tomb Raider website.