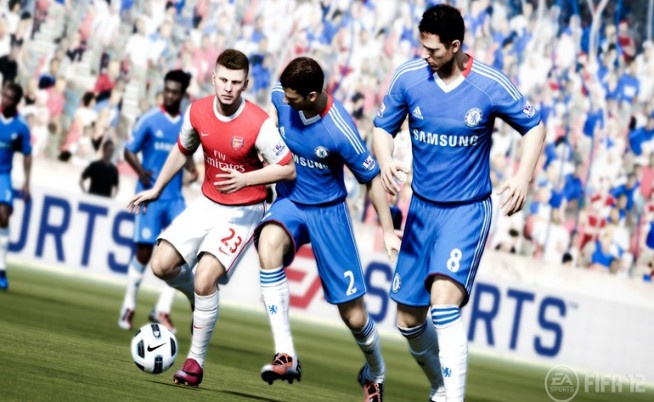 First off, I’ll start by saying I love Ultimate Team. The feel of opening a Gold Premium Pack to find a shiny Messi must be what it felt like for the Pokemon kids in school to find a shiny Charizard (I’m lead to believe these were rarer than rare…I wasn’t a Pokemon kid).  I have yet to obtain my Messi, but be assured, I will one day. With the way I’m musing about FUT, you might think that there is nothing I dislike about it, but alas, dear readers, this is a Top 5 annoyances list so in descending order from least annoying to most annoying, here they are:

Every online game suffers from latency, so this is probably more of a generalization than a specific FIFA problem. But when latency hits FIFA it hits it hard, like a headbutt from Zinedine Zidane. Often I can be through on goal, one-on-one with the keeper, and a drop in latency later and the keeper has the ball. That being said, it doesn’t happen too often, so although it is an annoyance it can be forgiven.

If you ask any of my friends they will tell you I love Ronaldo; the guy is unbelievable with a ball. My problem with him in FUT is the exact same reason I love him in real life. He is incredibly awesome. And if you have amassed enough coins to buy him for your team then you most definitely deserve to use him. But I beg of you stop making a fool of me with him. If he’s scored 5 goals in the first half, I beg you, substitute him for someone else. Give me a chance.

The Impact Engine to me is comical at best. Just search Youtube for Impact Engine Fails and you’ll see what I mean by this. The real annoyance with the IE I have is the outcome of these so-called realistic collisions, and the referee decisions. When the last defender brutally brings down an attacking opponent, without a doubt, it’s a red card. This is an iron-clad rule of football, but not on FUT, it isn’t. I have had at least 5 incidents I can think of where I have let a 4-word expletive slip out because a ref decided that being man-handled by a defender was acceptable, and that no penalty or free-kick should be awarded. This is because of the IE; I believe that EA should have added some sort of coding in that says if a player is brought down by impact from the IE, then it is not a foul, and for that I call shenanigans! Of course it could be sour grapes on my part, but dammit, I want some penalties.

2. The Trading and Auction System.

It works, don’t get me wrong. But what annoys me is the over-inflated prices for players. Much like the beautiful game in real-life, FUT has been taken over by greedy fat cats looking for profit. What could you possibly achieve from putting an 80 rated player on the market at 40,000 coins? I believe there should be a cap system; players rated 75-80 go for no more than 10,000 coins, and 80-85 go for no more than 20,000. Or something similar.

This is the mark of a well made game. I want to keep playing, all the time. I keep telling myself that if I win one more game I’ll have enough coins for a Gold Pack, and when I buy that Gold Pack, there is nothing but dross in it. Yet I keep going on buying them. I also found myself spending about £30 on X-Box points in the space of a weekend for the sole purpose of buying Gold Packs. FUT is my crack, I need help…

MW3 – Must be Over 18 to Use Elite. This Could Change Soon