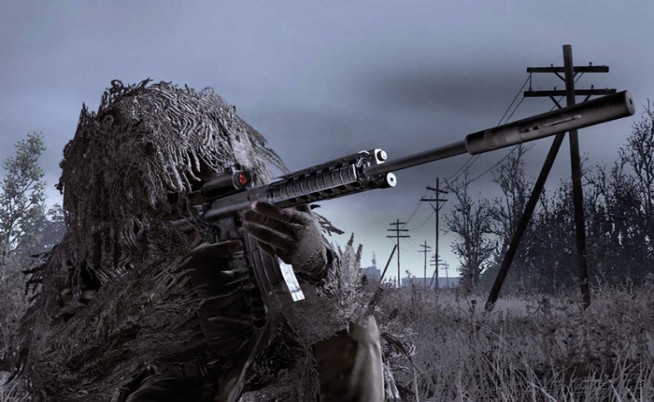 In David Vonderhaar’s ongoing discussion with Call of Duty fans, he recently spoke of everybody’s favorite perks: Ghost and Assassin.

Many complaints regarding perk balance in Call of Duty stem from perks like Assassin who’s base version in MW3 grants users immunity to UAV, portable radar, thermal, and heartbeat. The Pro version grants immunity to the CUAV and EMP, as well as hides the red crosshair and name over your character. Considering the minimap and all these other items are such a key component to a players situational awareness, it’s easy to see how many could view a perk like this to be “overpowered.” David Vonderhaar, Treyarch Gameplay Designer, shares some of his thoughts on the subject.

“Is the problem really Assassin? Isn’t it those uber Pro upgrades, too much UAV spam, and stacking with Blind Eye where it starts to derail?” he asked his followers on Twitter. Some followers suggested that it isn’t Assassin that is the problem, but rather the Pro version. Many feel that it shouldn’t block the the EMP or CUAV. Vonderhaar responded, “agreed. Assassin isn’t a problem. Too much UAV spam, stacking with Counter UAV and EMP & good choices in the same category.” When told that Assassin should only block UAV and nothing else, Vonderhaar mentioned, “that’s what I’m thinking. Combined with good UAV tuning.” This is perhaps another change to the perk system that we could be seeing in Treyarch’s next title.

This isn’t the first time Vonderhaar questioned the ways of the Call of Duty franchise. If you haven’t yet, check out Treyarch Dev Talks CoD Gun Balance and Why It’s Broken.

What do you think about the Assassin perk or perks like it? Should it only block the UAV? Should it be rid from Call of Duty completely? Let us know your thoughts in the comments below.