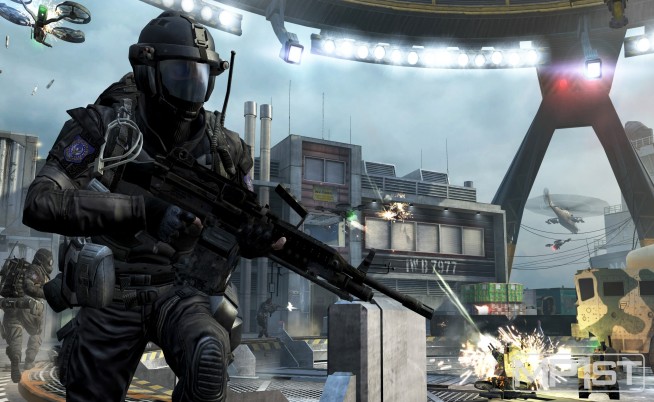 More Black Ops II details surface giving us a peek at what the multiplayer might have to offer this November 13th.

Recently, studio head at Treyarch Mark Lamia talked to The Guardian about the advantages of the Call of Duty: Elite service having been up and running for a couple months now. He mentioned “we have the benefit of seeing how Elite is being used out there, and listening to the community.”

This can certainly only mean good things and further improvements when it comes to its integration in Black Ops II, something Lamia mentioned shortly after Black Ops II’s reveal. “There are a couple of things emerging that I’m hearing: people would like it to be more accessible when they are playing the game, so that they don’t have to go to another device. And I just think, in general, having it more tightly integrated is a good aspiration,” expressed Lamia.

GameTrailers, who recently crowned Black Ops II as the winner of their top multiplayer picks of E3, were able to get their hands on some multiplayer action during the event and also spoke of a few new features, hinting once again at the “point allocation system” we reported on earlier.

Here’s what they had to say about Black Ops II’s multiplayer: “It’s made a huge impression on us, featuring changes that are every bit as big or bigger than those made to the campaign, like more flexible loadouts, clever gameplay modes that make use of the advanced technology and a big push to support Esports.” This isn’t the first time we’ve heard about Treyarchs desire to push Esports in their next title, something gameplay designer David Vonderhaar spoke about earlier. It was also rumored that a massive free-for-all mode, including the use of EMP grenades where players need to hack into drones and turrets etc to fight by their side, would also be included. This is something that would nicely fit into the Wager Match game mode if it were to return.

Do you think the Call of Duty series could use better Elite integration? What do you think about the idea of a point allocation system in Create-a-Class?