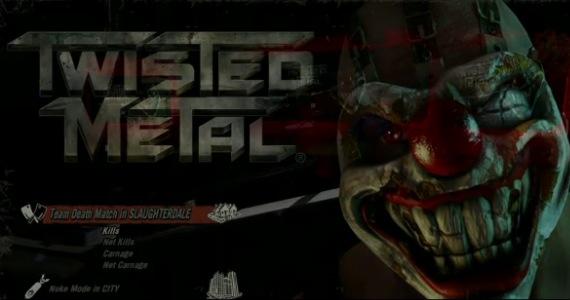 The demo is set to release sometime before the game launches. It will contain both single player and online components, and players who get to play the demo may get the opportunity to play with the developers as they will be jumping on to do further testing on the game. The demo will contain one level, and two online modes which are Nuke Mode and one type of Death Match mode.

Recently, we reported on why David Jaffe didn’t want an online pass for Twisted Metal. Click here to check it out.

There is also confirmation of Sixaxis Support. One of the unlocks is known as Ram. What this does is it allowa you to flick your sixaxis controller and do a ram attack. It’s very similar to Twisted Metal: Black Dark Sider’s Speed Boost Attack, which has now returned back into a pick up item. The change for this is because they felt that the boost would regenerate too slowly and that they found players would often just tap the boost button, even when they have the smallest amount of it as a pick up item makes it a whole lot better to use. The rear view mirror display is in the game coding, but it’s actually not available in the shipped game. This is mainly due to frame-rate issues. However, if the community asks for it, then Eat, Sleep, Play does plan on adding it later on after finding a fix for the frame-rate issue.

We would like to make a correction to something we reported on earlier. Last week we said that Spectre was indeed in the game. This is somewhat not true. As listed on the official website, the vehicle known as Spectre is a mistake. The name of the vehicle is Kamikaze, but according to Jaffe both Kamikaze and Spectre are pretty much the exact same. Last week, members of the Twisted Metal community noticed that Kamikaze name had been changed to Spectre as shown on the official Twisted Metal Website. It has now been confirmed that it was a mislabel, although technically Kamikaze is similar to Spectre, they are indeed different characters.