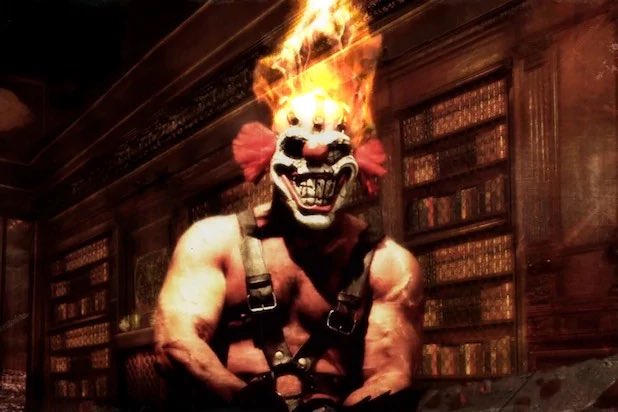 One of the original PlayStation’s popular game franchises is getting a live-action series to its name, as Variety has reported that a Twisted Metal TV series is in the works from PlayStation Productions and the writers of the Deadpool movie — which starred Ryan Reynolds as the Merc with the Mouth.

According to the report, the upcoming series is described as an action-comedy based on an original take by writers Rhett Reese and Paul Wernick.

“’Twisted Metal’ is one of the most beloved franchises from PlayStation,” said Asad Qizilbash, head of PlayStation Productions. “We are thrilled to have such a great team working on bringing this iconic game to life for the fans.”

The show is about a motor-mouthed outsider who is offered a chance at a better life, but only if he can successfully deliver a mysterious package across a post-apocalyptic wasteland. With the help of a trigger-happy car thief, he’ll face savage marauders driving vehicles of destruction and other dangers of the open road, including a deranged clown named who drives an all too familiar ice cream truck, whom fans of the game will know as Sweet Tooth.

Twisted Metal is one of the PlayStation multiplayer franchises we would definitely want to see revived.

No word yet on when the Twisted Metal series is slated for release, but we can be sure to see updates on the production down the line.