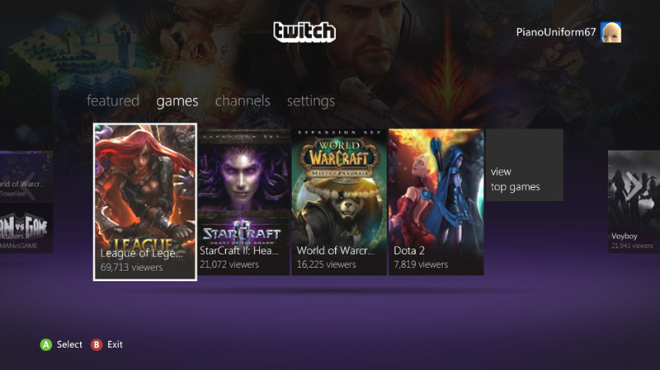 Twitch is bringing the ability to view live streams into the comfort of your living room and onto the big-screen.

Twitch announced today that their official live stream-viewing app has launched on Microsoft’s Xbox 360 console and will be available to all Xbox LIVE Gold Subscribers in the United States.

It will allow you to watch 300 top channels currently live on Twitch, as well as browse by games, channels and featured content. You can also go completely controller-free using the Kinect to explore the Twitch network, including the use of voice commands and motion controls.

You can download the app right from your Xbox 360 Dashboard today.

How excited are you that Twitch is finally on the Xbox 360?