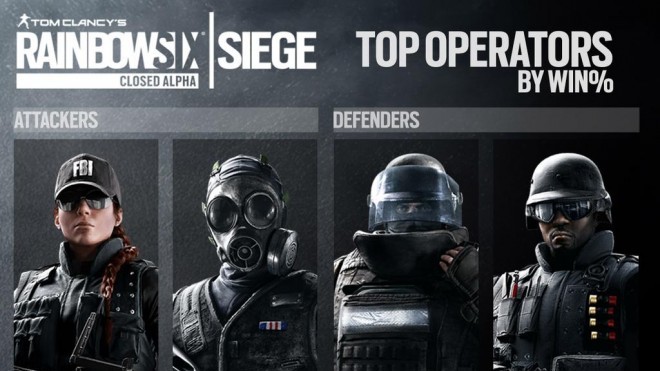 Several weeks after the conclusion of Rainbow Six Siege‘s Closed Alpha on PC, developer Ubisoft is sharing a few notable statistics as the studio moves along in development.

“There were several topics of feedback that were consistent across the community, and soon we will be updating you with how we are addressing them,” Ubisoft wrote in a recent blog update.

“Until then, we thought it would be fun to share an infographic displaying some of the gameplay stats captured during this testing period.”

Check it out and tell us in the comments which Operator class and which weapons you favored during the Closed Alpha.

You can read and listen to our impressions of the Rainbow Six Siege Closed Alpha right here.