Earlier today, news broke out that Sony, who now owns the Sunset Overdrive IP due to the purchase of Insomniacs games last year, had issued a new trademark for Sunset Overdrive, potentially suggesting that the company was looking to get the game on their platform. Unfortunately, this wasn’t the case of the trademark being registered under Sony.

While the Sunset Overdrive IP is “technically” the property of Sony since they own Insomniac Games now, the trademark is still owned by the studio as listed on the official page. 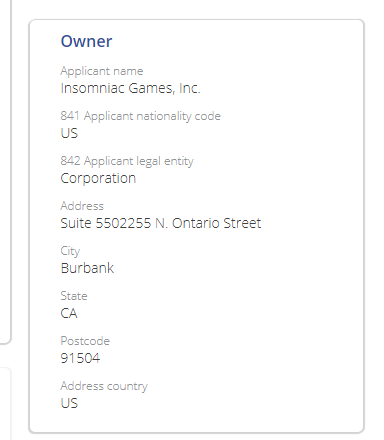 With today’s update, the studio was merely complying with USPTO previous request. As pointed out by Reddit user supaswag69, the studio was notified in January of last year by USPTO that they were required to submit a Declaration of Use and/or Excusable Nonuse application in order to maintain the trademark.

With the deadline being set for January 2021, the company had a full year before they needed to submit the needed documents. We aren’t too sure how trademarks work in terms of extensions, but this was most likely the case of the studio simply holding off until last minute, in order to get as much time out of the previous registration. Seeing that the studio submitted the declaration on the day of the deadline, chances are this was the case.

Looking at the record history, USPTO had assigned someone to review it on April 26, which was also the same day it was approved and extended for another six years.

As excited as many people are, this is just a simple routine trademark update as the game is still being sold at retailers and digital storefronts. This by no means in anyway suggests that Sony is looking to re-release it on PlayStation or work on another sequel.

Of course this doesn’t mean that they don’t plan on doing it in the future, but we just thought we would clear the air with everyone believing that is so.