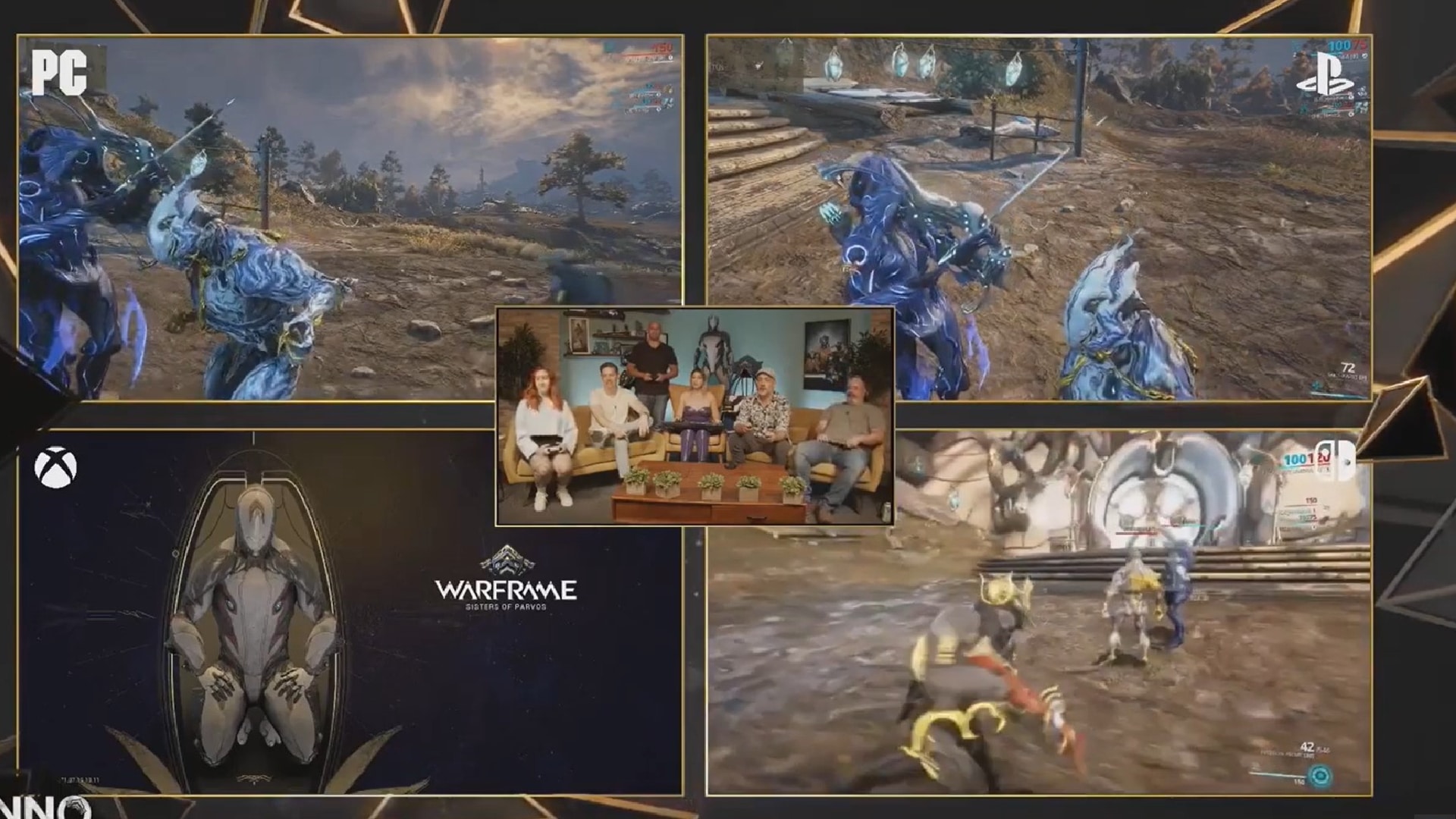 Some big news for Warframe players, as Digital Extremes has finally announced Warframe crossplay, and cross-save, and both are headed out sometime this year! In addition to that, the studio also debuted Warframe mobile gameplay too, which looks damn impressive.

Warframe Crossplay and Cross Save

Announced during the Tennocon 2021 event, Digital Extremes revealed that both Warframe’s crossplay and cross -ave systems will be available as part of the New War expansion, which is due later this year. Unlike previously where progression was only transferrable between the same platform family (PS4 to PS5, Xbox One to Xbox Series,) this upcoming Warframe update will allow players to freely transfer all their progress to any platform of their choosing.

Play anywhere. With anyone.

Cross Play and Cross Save are coming to #Warframe on all platforms, including mobile.

Be it the Nintendo Switch, PC, PlayStation, Xbox, or even the newly announced mobile version, all progression will be carried over so that you may continue exactly where you left off.

Speaking of crossplay, Digital Extremes gave us our first look at this feature by not only announcing Warframe mobile, but even showcasing it crossplaying with the PlayStation, Xbox, Nintendo Switch, and PC versions!

Crossplay and cross saves wasn’t the only surprise that Digital Extremes had during Tennocon 2021, as they also confirmed that a mobile version of Warframe  was in active development, and even showcased some gameplay, along with the crossplay system.

Have to admit, this looks damn impressive for a mobile game. We will have more news from Tennocon 2021 later today, including our first look at the upcoming New War expansion! So stay tuned!