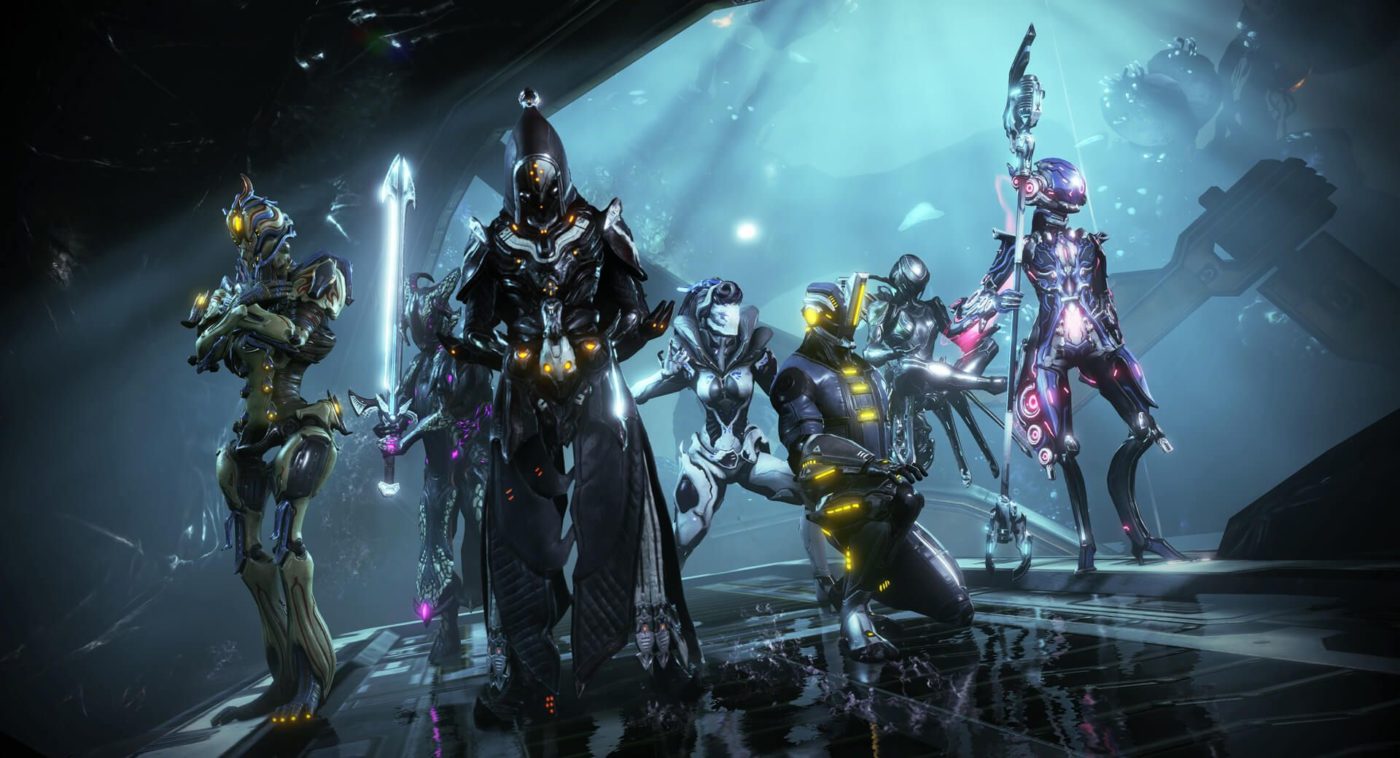 Warframe PC Update 25.7.0 Now Out – Here’s What’s in the Saint of Altra Patch

Digital Extremes has today released Warframe PC update 25.7.0, which brings in a ton of gameplay fixes for characters, overall gameplay and lots more! Called the Saint of Altra update, check out the full patch notes below.

Burst into a hyper-sprint bowling over enemies and charging the battery. Crashing into solid objects generates a powerful shockwave. Hold to rush continuously.

Generate armor plating that converts a portion of absorbed Kinetic Damage into Energy. Also protects Gauss from being staggered or knocked down. Damage Resistance is relative to battery level.

Push Gauss’ battery beyond the redline, supercharging his Abilities and setting Fire Rate, Attack Speed, Reload Speed, and Holster Rate into overdrive. When past the redline, bolts of arcing electricity dance periodically from Gauss, exploding en masse when the ability is deactivated.

Using a barrage of rapid-fire plasma rockets, Gauss’ signature weapon lays down a path of destruction. Reloads are faster while sprinting, even more so in Gauss’ hands. For safety, rockets arm after traveling safe distance.

Bombard legions of enemies with target seeking rockets. These dual launchers reload faster while sprinting, even more so in Gauss’ hands. Rockets arm after reaching a safe distance..

A uniquely-styled alternate helmet for Gauss.

Sleek and streamlined, Gauss’ signature Syandana is sure to turn heads as you speed by!

Bound by void and will, Harrow’s twilight heart pulses within the sacred casket of a body reinvented. Wield malicious spirits and arcane power with the Harrow Reliquary Collection, and renounce heresy with the Etheria Armor Set and Renuntio Spear!

A shattered being bound by Void and will. Includes the Harrow Reliquary Skin, Renuntio Speargun Skin and Etheria Armor Set.

*NOTE: New Nodes have been added which means to be eligible for Arbitrations, you must complete them! *

Originally making its debut in The Jovian Concord, the Disruption game-mode was immediately a hit – fast paced with high stakes, your skills were put to the test. Alad V has sold his Conduit technology for a quick Credit, and Disruption has spread.

We now bring you 6 more locations of varying difficulty throughout the Origin System to play this game mode – with new rewards throughout! Each will feature new Debuffs appropriate for their setting, from Moonquakes to Ghoul Graves!

Will you be able to stop Grineer Ghouls before it’s too late? This will be a new player’s first encounter with Disruption, and it’s balanced accordingly.

Expect higher-than-usual Credit Rewards from this Endless mode. While it may not be a perfect competition for the Index, it’ll be a change of pace for those looking to get some Credits with a change of scenery.

The new ‘Universal Syndicate Medallion’ can also be found in Disruption here!

If you’re looking for how to earn Gauss, he can be earned here on Sedna’s Disruption mode!

The new ‘Universal Syndicate Medallion’ can also be found in Disruption here!

Take on the endless swarms of Infested in Disruption, including a sneak peak at a new enemy! Here you’ll find Gauss’s Signature Weapon Blueprints for the ACCELTRA and AKARIUS on Infested Demolyst Agents!

*The new ‘Universal Syndicate Medallion’ can also be found in Disruption here!

The Kuva Fortress has a new endless mode! Here you’ll be able to earn Kuva in a new way! First – the mission reward tables themselves. This is of course the obvious choice, but as we developed these tables we know the fact that Boosters don’t work on them is an issue. So we’ve also added Kuva to the Grineer Demolysts that aim to destroy the Conduits of Kuva Disruption! The new ‘Universal Syndicate Medallion’ can also be found in Disruption here!

A new node has been added on Lua featuring Disruption revisit your past for a chance to earn Somatic Fibres, a necessary component in Lua Lens construction!

A new Focus Lens found only on Lua Disruption which allows you even greater Focus conversion!

This mysterious item is accepted by all eligible Syndicates to give you 1,000 Standing. If you’re lucky enough to find one in Disruption, you’ll be able to gain favour with any of the core 6 Syndicates (Steel Meridian, Arbiters of Hexis, Cephalon Suda, New Loka, Red Veil, Perrin Sequence)! You will also be able to use it with Quills, Vox Solaris, Ostron, and Solaris United.

We are planning on making ‘Universal’ mean a bit more here and in a future Hotfix this will be usable in Conclave, Simaris, and Vent Kids as well.

We are starting small with this item as it has potential for a large impact on various economy elements that we want to carefully measure, but expect iteration and larger versions of these for rewards! Anything from special Alerts featuring multiple, future drop tables, and more!

Making its debut as a Blueprint in Arbitrations, we have added AURA FORMA to the Market for Platinum. You can buy 1 (80 Platinum) or a bundle of 3 at a discounted Platinum Price (150 Platinum).

With the launch of Orb Vallis, we added Bounty Bonuses as a way to reward players who went above and beyond to complete their missions. It’s about time that new system was extended to Plains Bounties as well!

All normal Plains of Eidolon Bounties have Bonus Objectives, meaning you will receive extra rewards for performing well:

We PSA’d back in July this year that a Friends List Cap was in the works, and the unlimited friends bottle has officially been corked. If you have more than 1000 friends, they will all stay on your list, you simply won’t be able to add any more.

For those of you with sizeable friends lists, we have added a few management tools to help whittle down the numbers, if you so wish:

We have added 2 new features that allow you to instantly share 2 major parts of the Warframe experience:

Read on for details on how to instantly share your builds and customizations:

Instantly share the way you play in Chat with MOD LINK! By clicking the handy ‘Link’ icon in your Modding screen, your active Chat window will be instantly populated with your build. Just hit enter to share – whether in a Private Message, with your Clan, or in Region chat! Note that we put a 15 second cool-down to reduce spam! image

Instantly share the way you look in Chat with LOOK LINK!

By clicking the handy ‘Link’ icon in your Arsenal>Appearance screen, your active Chat window will be instantly populated with your build. Just hit enter to share – whether in a Private Message, with your Clan, or in Region chat! Note that we put a 15 second cool-down to reduce spam!

Back in Update 25.4.0 we added the Shawzin to the Market for 40 Platinum – a placeable Decoration to remind you of The Sacrifice. Immediately the comments rolled in of ‘I wish we could play it’! And today that day has come:

All Shawzin purchases now come with a free ‘Shawzin’ Emote that you can equip to play your signature instrument! Those who have already purchased the Shawzin will retroactively have the Emote. With over half a dozen Scales, 3 frets and 3 strings, your song opportunities are endless. We cannot WAIT to see what you all come up with!

We have added 3 new Shawzin Decorations to the market with a different flair:

Some nifty features to explore with your Shawzin:

Shawzin music can be heard in Squads and aboard landing crafts. Relays do allow you to play, but you will only hear your music and not your peers.

You can purchase the Prized Companion Skin Pack in the in-game Marketplace! The pack includes both winning skins from the Tenno’s Best Friend contest: the Heino Kubrow Skin based on Skvirl’s dog and the Deaelra Kavat Skin based on DeaeIra’s cat!

Does your love for Infested Aesthetic spread through your being like a festering disease? Start crafting today and get your hands — or hand-like appendages — on Infested Dojo pieces that would make Lephantis wriggle with pride.

In Hotfix 25.4.1, we released the Essential Glyphs Bundle inspired by the Random Mod Packs’ iconography. Well, since then you’ve been telling us you want more! So here we are with the “Essential Glyph Bundle 2” to complete this series of Elemental Damage Glyphs. It includes the following six designs that you can purchase from the in-game Market:

As part of the new rendering tech we showcased during TennoLive, we’ve implemented a few upgrades that are ready for your viewing pleasure! Metallic surfaces, such as gold and steel (etc), are improved across the whole game to respond better to lights and reflections. This boasts the detail and depth that were always there but hard to see. If you notice any areas or objects that are brighter than expected please let us know!

When tracking down a bug where Paris Bows were doing less Damage than their Arsenal stats indicated, internal stats were reporting all Bows doing more damage than they actually were. Below is a review of all Bows (with the exception of the Lenz) and increased stats where appropriate:

Normalized quick shots to have the same critical chance/damage and status chance as charged shots. While reviewing Bow stats the team has also refreshed all their FX (including the Lenz)!

Console players should be getting this update soon-ish, and once they do, we’ll let our readers know.