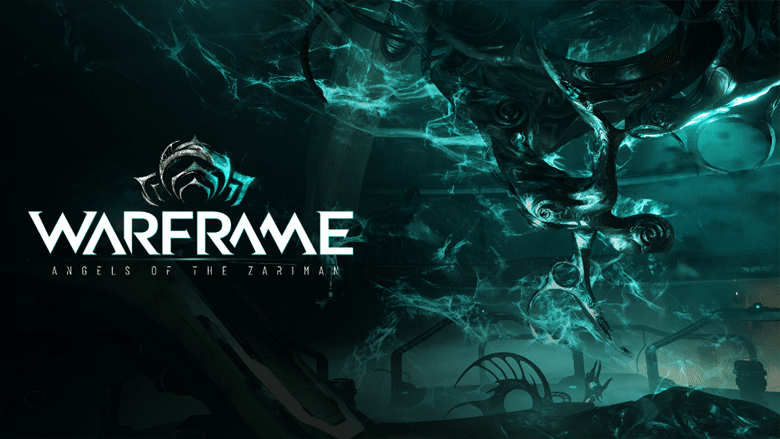 Digital Extremes has revealed a new Warframe Spring 2022 roadmap, showing players all the new content coming this March and April for the game! The highlight is the new expansion, Angels of the Zariman, which is set to come sometime next month, but there are a ton more in store, so check out the complete details below. 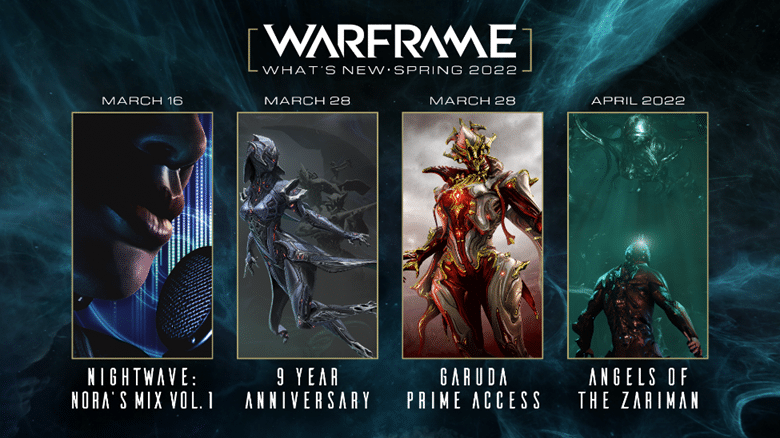 First up in the Spring 2022 roadmap for Warframe is Nightwave: Nora’s Mix Vol. 1, kicking off tomorrow, March 16. This one is bringing a mix of unique rewards spanning the old and new with a fresh selection of Acts that all players can experience.

Next up is the 9th Year celebration of Warframe, kicking off on March 28. Warframe is celebrating its 9th birthday this month with a slew of new content, some free gear, and a brand new entry in its Prime Access program with Garuda Prime. Players who missed out on previous Dex content will be treated to its return, along with a new Dex Skin earnable through weekly alerts. Players can log in during Warframe’s anniversary celebration for a free Wisp Dex Skin.

Finally, here are some more details on the Angels of the Zariman expansion coming to Warframe sometime in April:

Angels of the Zariman brings players a smaller, new chapter in its Cinematic Quest saga – a riveting free-to-play sci-fi spectacular with 30+ hours of narrative-driven single-player cinematic gameplay. In addition to a brand new Quest, Angels of the Zariman, brings a wealth of additional content and features, including a new Warframe, three new playable mission types, a social hubtown, customizable apartments for players aboard the Zariman Ten Zero, and new Customizations alongside quality of life improvements. Void Shell Skins will be introduced for the first time, which will further increase customization in Warframe allowing players to freely change textures on materials and apply a tint to their Warframe. These Skins will be available to earn as well as purchase. Additionally, Evolving Weapons will make their debut in Warframe, which can be procured from a new NPC aboard the Zariman. These weapons will evolve based on challenges completed in-game, and players can unlock various aspects of these weapons as they progress.

Stay tuned here at MP1st for more details on the Angels of the Zariman expansion for Warframe, and more importantly its actual release date!