Digital Extremes has finally released the big Warframe update today May 12 edition, that brings the Railjack Revisited changes. The studio calls this update 27.4.3, but console gamers will see this as Warframe update 1.85. Check out the huge list of patch notes below.

Note that this is part 1, and even then, this is a long patch notes documentation.

Tenno! We are continuing our Warframe Revised update pattern – this time with a focus on Railjack. Earlier this year we released ‘Warframe Revised’ which touched a lot of Warframe, but also included a big batch of bug fixes for Railjack. Now it’s time to dive deeper into key areas: Pacing, Balance, and Tools of the Trade.  Not included in this Revist: Intrinsics,  Missions, and other areas. These are bigger undertakings for later Parts, but expect more revisions to come (to Malfunctions too)! The key intention behind this Railjack Revisited update is to make Railjack better paced and more fun, while also being more rewarding for your time.

NEW AVIONICS!
Find these new Avionics from Earth, Saturn, or Veil Proximia Grineer Fighters to enhance your Railjack (these values are with Max Rank Avionic and Max Grid Rank):

Cruising Speed (Zetki)
Increase Speed by 80% when no enemies within 3000m.

Ordnance Cheap Shot (Lavan)
Ordnance weapons have a 50% chance to not consume Munitions.

Veritux
Damage increased from 300 to 470

Arch-Gun Changes:
Expand the spoilers below for the full list of changes!

Grattler
Proximity fuse has been added to Grattler rounds in space so they explode when they are near a target.
Removed self-damage when in space. The Grattler will apply the self-stagger mechanic now while in space.

Railjack Fixes:
Expand the spoilers below for the full list of fixes!

Our Healing AoE / Damage Reduction changes posted back on April 3rd are arriving with this update! If you’re unfamiliar, ultimately what we want is more ‘Healing’ Abilities to work to allow for more strategies to emerge in various mission types. Healing these objectives can serve well as an alternative or a complement to the commonly used defensive Abilities, such as Frost’s Snow Globe, Gara’s Mass Vitrify, Limbo’s Cataclysm. 100% heals is not what we want to do, so we are instead allowing the effects with some objective-specific adjustments as to not trivialize the game modes.

The following Conclave Mods have been converted/balanced to PvE Mods! If you already own these Mods they will automatically be available in your Arsenal when the update launches. You can still obtain these Mods via Conclave, but will also be added to Nightwave Series 3: Glassmaker Cred Offerings. 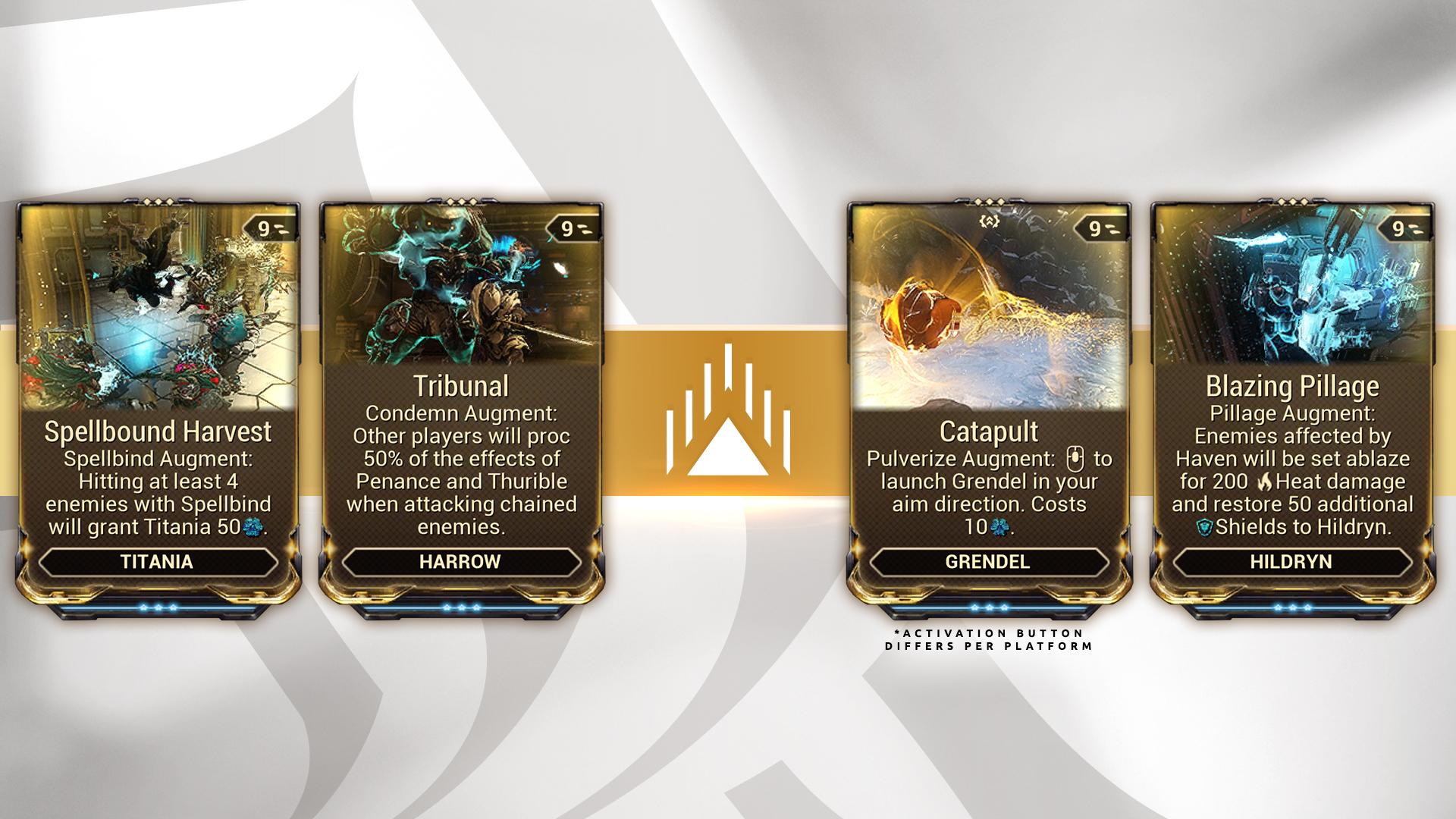 Harrow – Condemn Augment – Tribunal
Other players will proc 50% of the effects of Penance and Thurible when attacking chained enemies.

With the Operation ending on May 14th @ 1:30 PM ET on consoles it is possible that with Cert turnaround time these changes and fixes might not go live before its conclusion. It is also possible that the changes do in fact go live, but with only a handful of days left to the Operation. We know that both of these scenarios are not ideal, and we apologize. We do however have plans to re-run the Operation this year and the following list will be live with its second run!

Fixes:
14 pages of fixes (which also includes a handful of optimizations) are coming with Update 27.4.3 The full list will be posted once the update is live but here are some highlights:

Told you it’s a big update. In other news, Digital Extremes is interested in a cross save feature but here’s why it’s not happening yet.

PlayStation Studios Opening Animation Revealed and Has That MCU Vibe

Dead by Daylight Update Today May 12 Now Live, Here Are the Hotfix Changes

Dead by Daylight Update Today May 12 Now Live, Here Are the Hotfix Changes