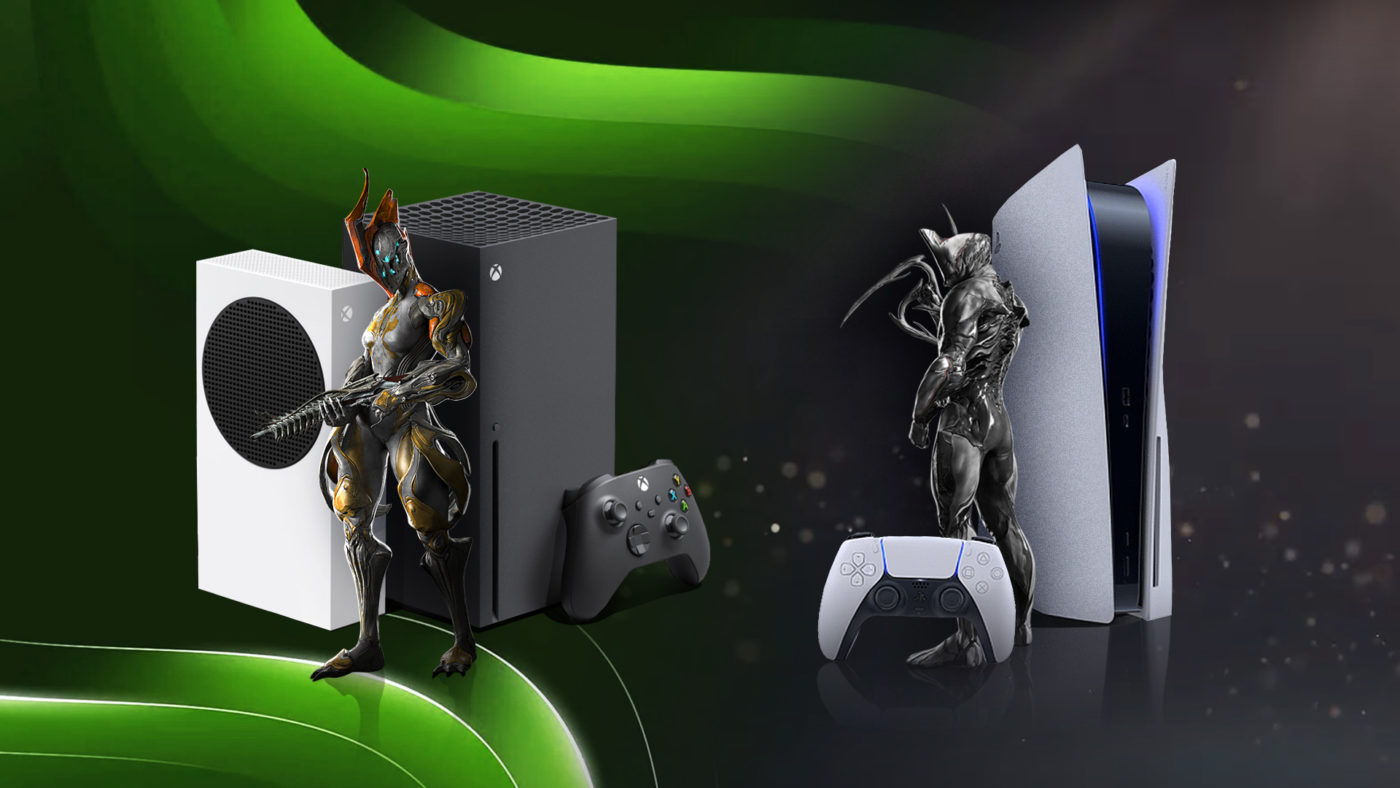 With the next big Warframe update due to happen next month, Digital Extremes confirmed that the Warframe Xbox Series X|S release will also be coinciding with the patch’s release — which means next-gen Xbox gamers will finally be able to play an upgraded version of the hit free-to-play shooter.

When is the Warframe Xbox Series Release?

Speaking in the latest developer stream for Warframe, Digital Extremes confirmed that they are planning to release Update 30 simultaneously on all platforms next month, including for one (or rather two) that has yet to be released.

April is also our launch month for the next generation Xbox (Xbox Series X and Series S) build of Warframe that will include update 30.

For those who plan on play on either Xbox Series console you will need to redownload (30GB-32GB) Warframe in its entirety with this patch, though the overall file size will be reduced to what it currently is on Xbox One.
Is Warframe on PS5 Being Improved?
This isn’t the only next-gen news either though as while working on this update and the Xbox Series versions of Warframe, the team discovered some bad threading that has been fixed, resulting in improvements for all platforms and specifically on PS5 a reduction of load times by 50%.

And if you play on PlayStation 5, but I always like to say this stuff where there’s something about, you know one platform we have often have something we do on pc that benefits console or we do performance testing, say on the platform like switch which is like a battery operated thing and those performance optimizations make their way also to our pc audience and they benefit as well. While working on one of the consoles one of our engineers  discovered that we had like a a very bad threading condition inside our memory allocator and now load times are cut in half on PlayStation 5 with this next build. So they were fast before and now they’re going to be dramatically faster.

To give you a better idea of how fast the load times were already on the PS5, a section tested by Digital Extremes (as revealed in the previous PS5 next-gen video) showcased that the PS5 can load Warframe in about 10 seconds versus the PS4 , which sat at 40 seconds.
Next month update will be improving those speeds even further, which to say the least is pretty insane. We’ll be sure to keep you posted once the update is out, so be sure to check back here real soon!
Tags: Digital Extremes Warframe
Previous Post

A Betting Mechanic in Hitman 3 Would Completely Change the Game