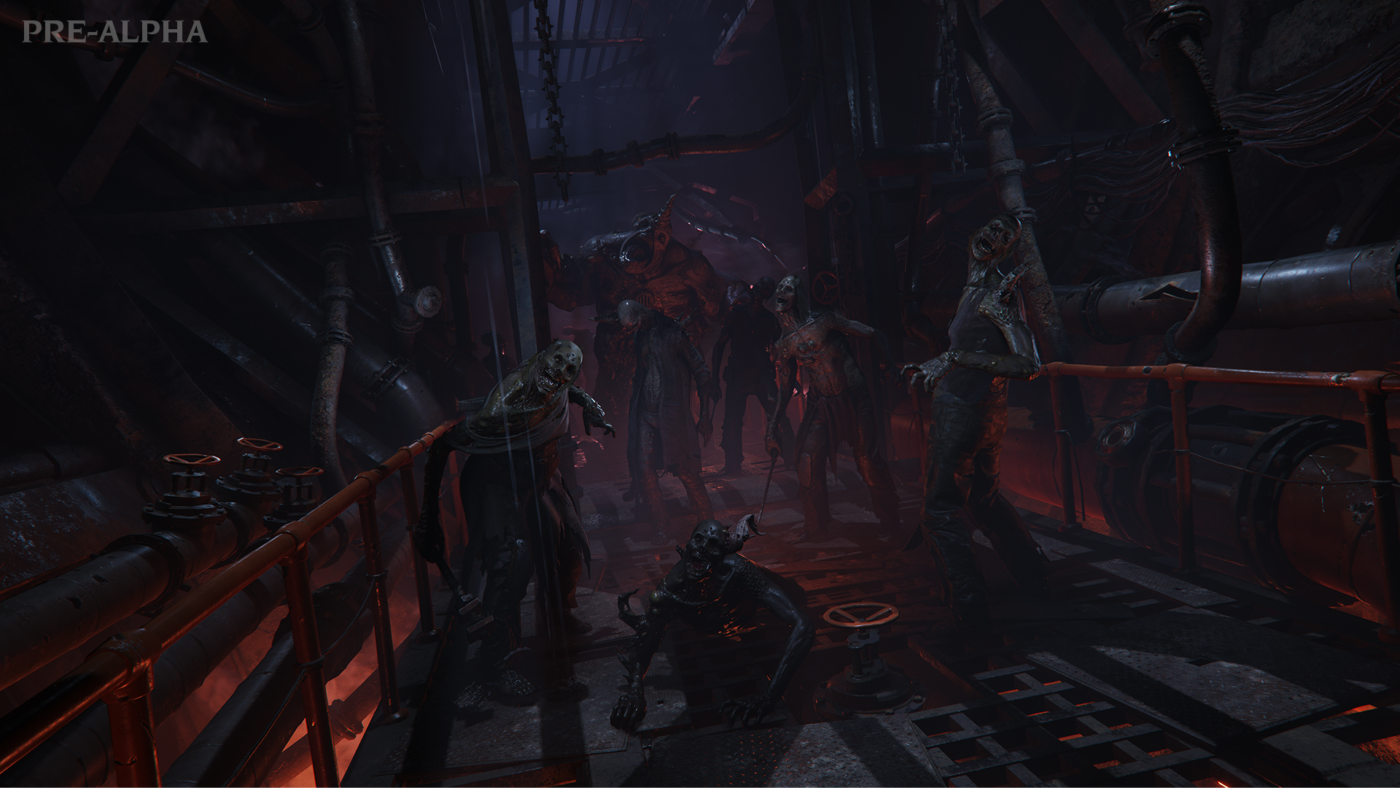 The title was revealed during Microsoft’s Xbox Games Showcase. Check out the atomospheric trailer below.

So, what is Warhammer 40,000: Darktide? We’re sticking with a formula we know and are known for – 4 player co-op first-person action in a rich, established universe with lashings of attention to detail to serve existing 40k fans and onboard new players to that grim-dark world.

Everyone in the studio is absolutely enthralled with the Warhammer universes created by Games Workshop. Many of the founding members of the studio met through playing tabletop Warhammer games, and from those experiences and the love for the franchises the concept of Vermintide and, in turn, the upcoming Darktide, was born. Anyone who knows Warhammer Fantasy can tell you how well we captured that world in Vermintide, so you can expect even more love and uncompromising levels of detail to be poured into our slice of the Warhammer 40k universe with Darktide.

Darktide will focus on both melee and ranged combat, and Fatshark says it will offer players “diverse choices and gameplay styles” through the hybrid combat experience the title is aiming for.

Warhammer 40,000: Darktide is set to punch its way out onto the Xbox Series X and PC. No word on whether it’ll be hitting other platforms, but we’re assuming it will hit the PS5 at some point given Microsoft didn’t say it was an exclusive.