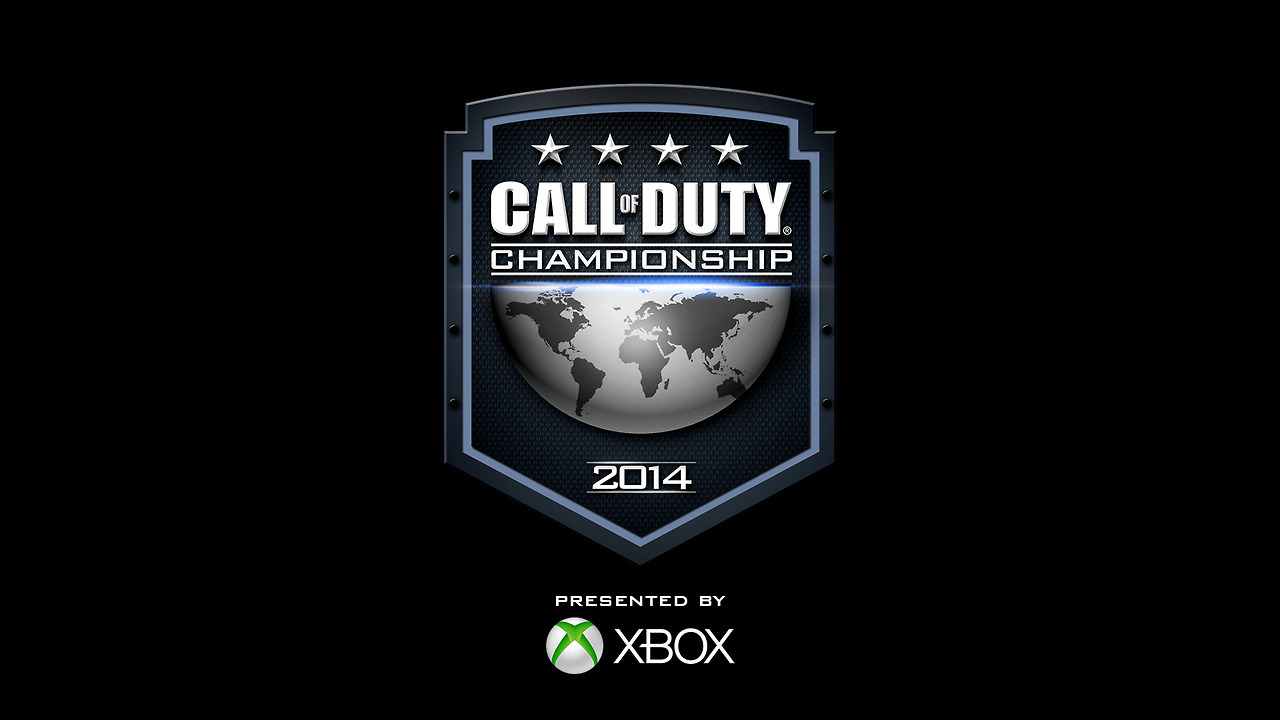 The third and final day of the 2014 Call of Duty Championship, presented by Xbox, begins today.

Six pro Call of Duty: Ghosts teams – Optic Gaming, compLexity, Trident T1dotters, EnVyUs, FaZe, and Strictly Business – will compete for the top chunk of the $1 million prize pool and the title as 2014’s Call of Duty Champion. But that doesn’t mean others will leave empty handed.

Here are the earnings for places 1 through 8.

To get you caught up on where things currently stand, here are the brackets going in to day three: 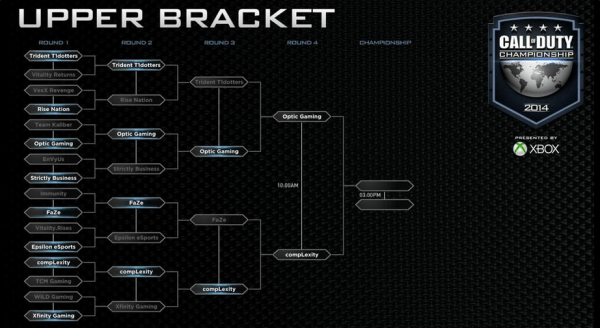 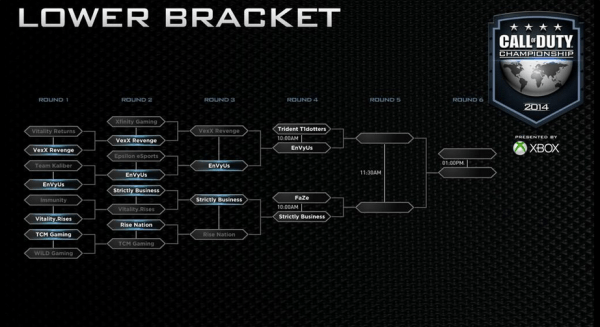 You’ll be able to catch the finals on Xbox.com, or on Xbox Live on the Xbox One and Xbox 360, with the lead-ups happening on MLG.tv. Be sure to check out the official app on Xbox One on the App Store.

Here are the official final match broadcast start times in all regions: 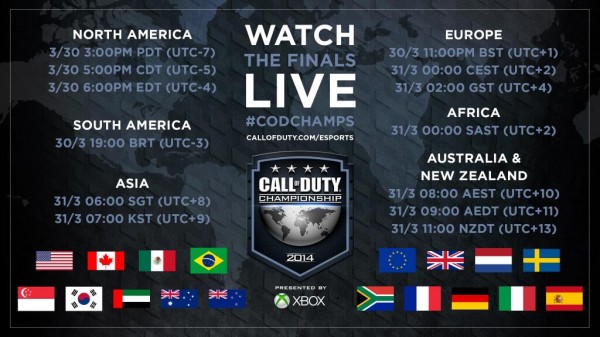 What are your predictions? Who will be the 2014 Call of Duty Champion?