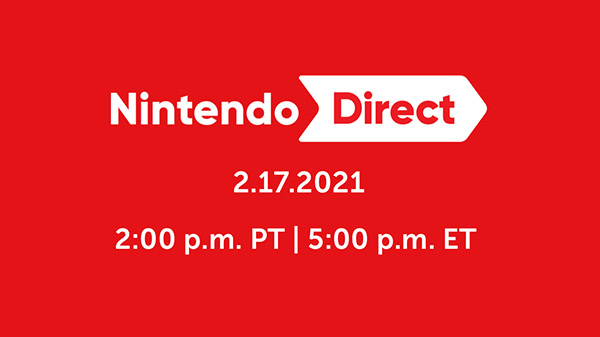 It’s almost here, Nintendo fans! The first Nitnendo Direct in over a year is almost upon us! Starting in just a few short minutes (2 p.m. PT/5 p.m. ET), you can watch the Nintendo Direct February 17 stream right here below.

As mentioned previously, this will last 50 minutes and will have a announcement regarding Super Smash Bros. Ultimate (most likely a new character), and the Nintendo Switch games coming in the first half of 2021!

MP1st will have the relevant announcements up on the site, so stay tuned!