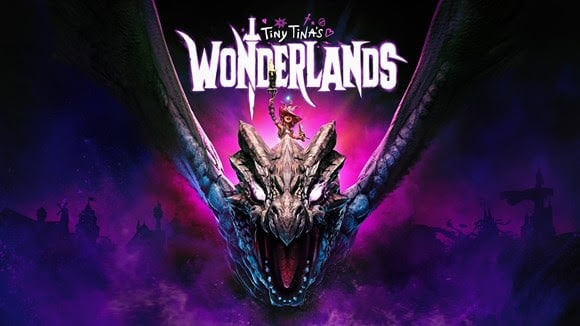 Check out the reveal trailer below.

In this epic high fantasy take on the looter shooter genre, players can create and customize their own multiclass heroes as they loot, shoot, slash, and cast their way through outlandish monsters and treasure-filled dungeons on a quest to stop the tyrannical Dragon Lord. Bullets, magic, and broadswords collide across a chaotic fantasy world brought to life by the utterly unpredictable Tiny Tina, who makes the rules, changes the world on the fly, and guides players on their journey.

Tiny Tina’s Wonderlands is a full standalone experience with a rich, story-driven co-op campaign for up to four players, as well as repeatable end-game content. In a brand-new trailer released today, 2K and Gearbox showcased the game’s unique themes, fantastical setting, and all-star celebrity cast.

Tiny Tina’s Wonderlands is confirmed for the PS4, PS5, Xbox One, Xbox Series X|S and PC.