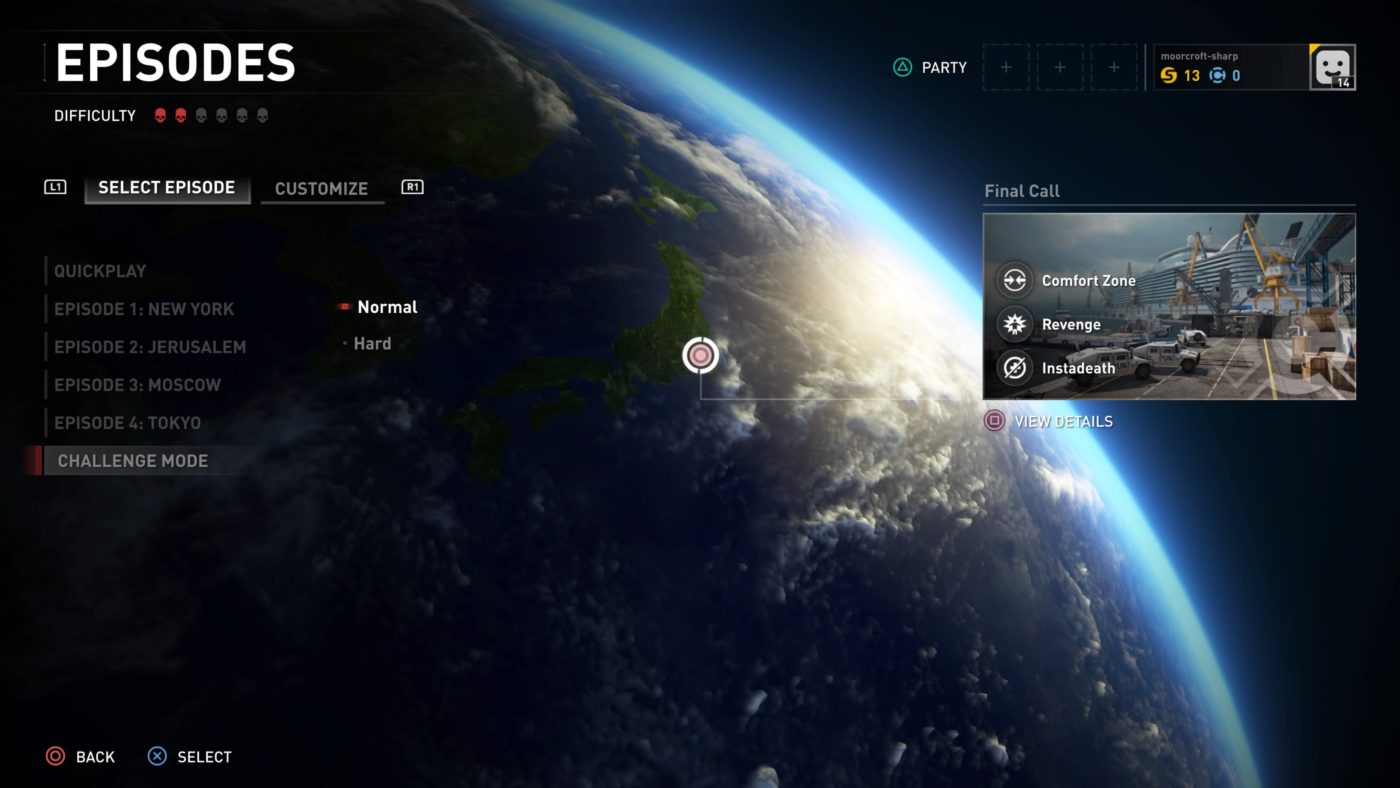 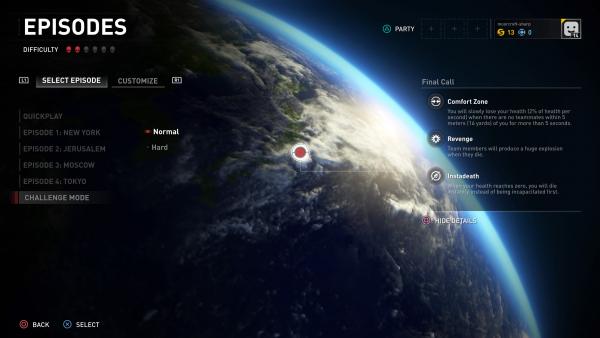 The modifiers this week, and what they mean for the mission, Final Call, are as follows.

This week’s challenge seems to give players a little to work with, as opposed to screwing them over completely. The combination of Instadeath and Revenge here means that it pays for a player to run head first into a horde of zombies and get killed. As long as said explosion is big enough, it could seriously thin the hordes that the rest of the team has to deal with. Comfort Zone will ensure that death comes even sooner, though I think that modifier is probably the biggest challenge this week.

I’m used to players running off ahead of me in missions in World War Z, or running off ahead of others because I know what I’m doing and they don’t. That tactic is no longer viable in this week’s challenge mode. all that will happen is that one player dies quickly, while the other three work as a squad to move to a point where they can bring them back into the game. To make things even worse, only two players can really do this, because one player left on their own, after the other three are gone, will effectively die of loneliness.

Special zombies in particular will be a problem. Lurkers will pin players, and if the rest of the team doesn’t come back to get them, they’re dead due to Comfort Zone. That modifier will also give Bulls an advantage this week, since their charge attack will hurl players back, effectively pinning them while the Bull smashes them into the ground. It’s imperative to work on these special zombies as much as possible, because they will ruin your run if you let them get too close.

Use your head this week, and don’t be a hero. Work together as a team, as Saber Interactive intended when building the game. Stay close to your team unless one horde in particular looks like it’s too much to handle. In that instance, I think it’s okay to be the person sacrificing themselves to burn a bunch of zombies.