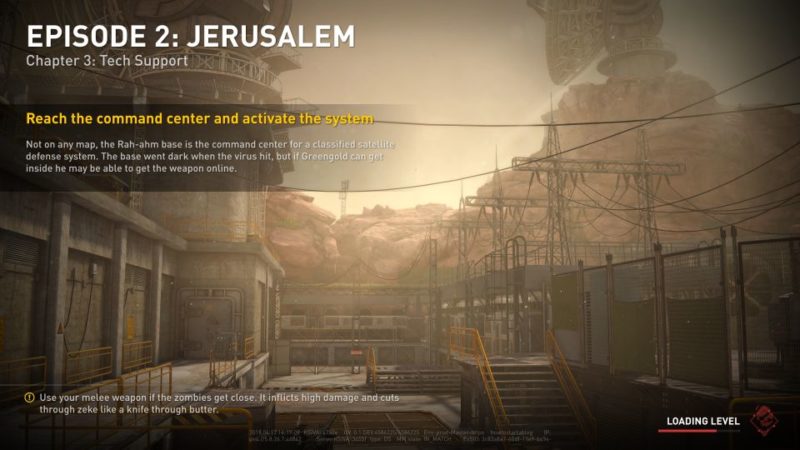 After a player found a glitch that helped others with six skull difficulty in Jerusalem Chapter 2, a new World War Z Jerusalem Chapter 3 glitch has been discovered that’s going to help players even more. This exploit uses a similar glitch to move players into an area where they become invulnerable, allowing them to protect allies and avoid zekes.

Check out the video below and read on for more.

The glitch is at the point in Jerusalem Chapter 3 when players need to wait for Greengold to open the bunker doors. To the left of the bunker doors are some rocks, and all the way along is some netting. Head to this netting to get started.

You need to run at the netting and get up on the grid. Then you’ll be running right to get up on the rocks. At this point you’ll be facing a wall. Run at the wall and slightly to the right until you reach the bushes above the bunker door that will allow your character to stand on them.

This is the point at which up to two players can hold out away from zekes, shooting them to keep them away from Greengold, without being swarmed. The Spitter zekes will still be able to spit at players in this position, so it’s important that they clear their eyes to avoid becoming infected.

Other than the Spitters there’s very little to worry about in this position. Once again, picking up ammo before heading into the exploit is a must, otherwise you’ll run out of ammo too quickly and will become a burden to your team. In addition, since only two of you can fit in the exploit at once, you must help out other team members when they inevitably get swarmed by zekes. Reviving them when they’re downed won’t always be possible, so defending them and making sure they can thin the herd of oncoming zekes is a better tactic than firing wildly into the infected.

The Division 2 Update Today Patch Notes Listed; Here Are the Fixes in the July 30 Server Maintenance

Security Is Key When Betting on Competitive Video Games