If you’ve been itching to play something new in Saber Interactive’s World War Z, your prayers have been answered! Today, the studio announced the World War Z Season 2 roadmap, and there’s a host of new content coming in the form of maps, weapons, zombies and more. 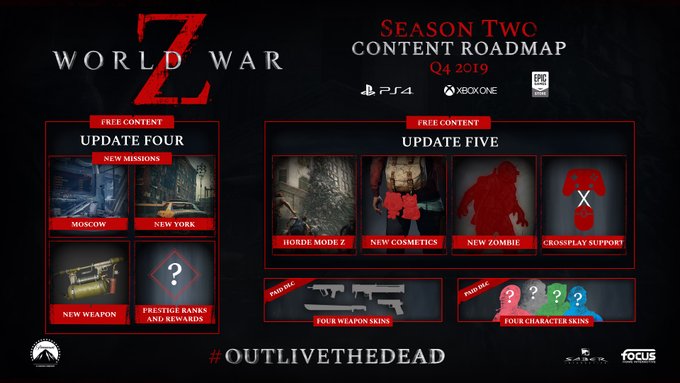 While the free stuff are definitely appreciate, the confirmation of crossplay should kickstart the game’s community once more. Once we know more details, we’ll let our readers know.