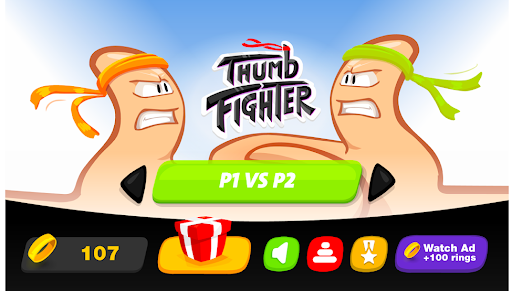 Thumb Fighter by AVIX is an action-packed 2-player game. Here’s a Street Fighter-style attraction with amazing animation and terrific multi-player functionality. With a 4.3/5 rating

from well over 100,000 fans, this game blows away the competition. It is free to download and install at the Google Play Store, or the App Store, and a big part of its appeal is the cartoon character-style gameplay. This battle to the end involves two hard-core fighters squaring up for a thumb war. The 2-player mode offers plenty of engaging gameplay, with some 150+ zany characters to choose from. This game packs a wallop, with computer versus computer mode, and player versus phone mode, and it’s available offline.

Multiplayer Action with No Deposit Bingo

This is not your grandma’s bingo – this is free bingo no deposit real money winnings from leading bingo room, Wink Bingo. The game is served up hot, with players competing for up to £900 in bingo bonuses during the first 3 days after registration. Designed for new players only, this multi-player game is available in the newbies room between 7 AM and 10 PM daily (every 10 minutes) at Wink Bingo. The best part about this is that the game is free to play. 75 ball bingo requires players to complete a pattern such as 4 corners, a letter, a shape, et cetera on a 5 x 5 grid of numbers. Tickets are free (a maximum of 6 are available), and jackpots will be credited to players in the form of bonus funds. 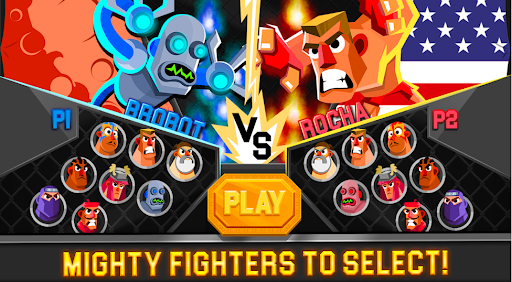 The Ultra Fighting Brothers return in a blistering new 2-player game with improved audio-visuals, animation, and feature-rich functionality. This latest rendition of UFB features a FREE MODE where players can improve their skills before going up against the competition in 2 player mode. The game is peppered with Power Ups where players can fully customize their combatants for the ultimate gaming sessions. Of course, it’s the multiplayer mode that really resonates with fans, since you can go up against your friends, or your opponents with challenging combat sessions.

Each of the fighters in UFB 3: Ultra Fighting Bros is adept at mixed martial arts. While the game itself is easy to play, it proves to be challenging to master the art of brutal combat. Fans of this recently released game routinely attest to its world-class appeal. This freemium game features several in-game elements that can be bought for real money, but the complimentary version is enough to whet your appetite for an adrenaline-loaded gaming experience. 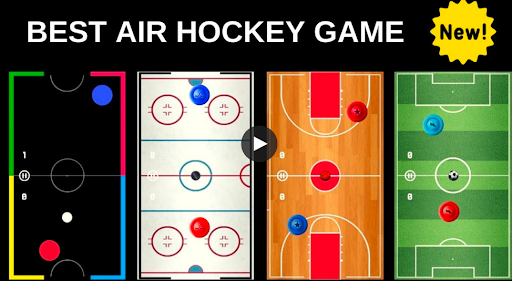 2-player online games are incredibly popular among fans nowadays. The social component of these interactive attractions makes it easy for friends to go head-to-head against one another, on PC, Mac, or mobile devices. For many fans, the finest 2-player games include sports-themed attractions like Air Hockey Xtreme available at the Google Play Store, courtesy of RPLORE. This sports-themed game is rated ‘E’ for everyone, and delivers pulse-pounding air hockey action at the click of a button.

The game is freely available to fans, and can be enjoyed in multiple different modes (single-player mode and double-player mode). The game boasts several different themes, notably ice hockey, football, basketball, neon, and abstract. Among the many unique features of the game are a unique abstract board, natural gameplay, powerful audio-visuals, and challenging levels of play to keep you invested in the action. You get to pick the game, and you get to pick the intensity of the action! 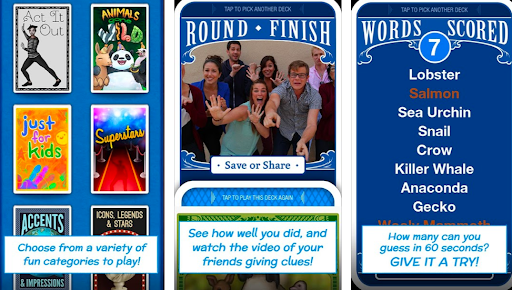 Rounding off our selection of 2-player online games is Heads Up! Developed by Warner Brothers International Enterprises, this word game is laugh-out-loud hysterical. This is the same game that TV host Ellen DeGeneres features on her show. The premise of this multiplayer game is simple: simply choose from 18 decks of cards (characters, animals, accents, celebrities, movies et cetera) and try to guess the card based on the clues provided by your friend. If you are correct, the phone gets placed down, and if you want to pass, simply tilt the phone upwards. With an overall rating of 4.2/5 (200,000 reviewers), this game is great entertainment for anyone looking for fun with friends and family.