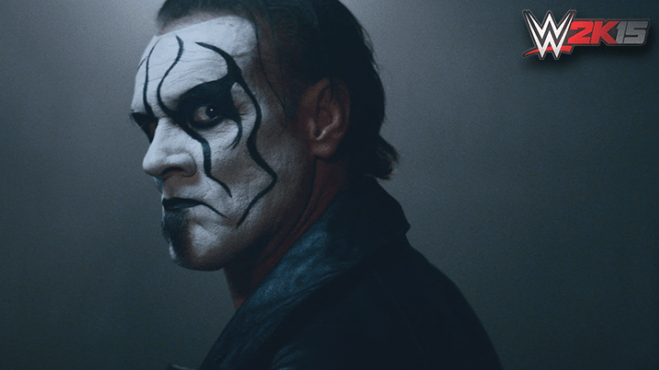 Regardless how you feel about the WWE product nowadays, some major news regarding its WWE 2k15 title was announced during the July 14th broadcast of WWE Raw that’s sure to grab the attention of anyone who have ever been a fan of the product in the 90’s.

The iconic wrestler Sting, possibly the biggest name in wrestling to never have signed to the WWE/F, makes his highly anticipated debut in the WWE ring and as a playable wrestler in WWE 2k15. Check out the announcement trailer above.

To play as Sting, you will have to pre-order the game from your favorite game-retailer. Doing so, nets you “two generations” of Sting, which most likely means you’ll get access to Crow Sting and Surfer Sting as a playable wrestlers.

The announcement may not come as too much of a surprise, as Sting himself tweeted about the reveal earlier this month.

WWE 2k15 will be available this October 28 for the PlayStation 3, PlayStation 4, Xbox 360 and Xbox One platforms.

This Weekend’s Xbox Live Sale Is All About First-Person Shooters – Doom, Wolfenstein, Quake, Bioshock, and PvZ