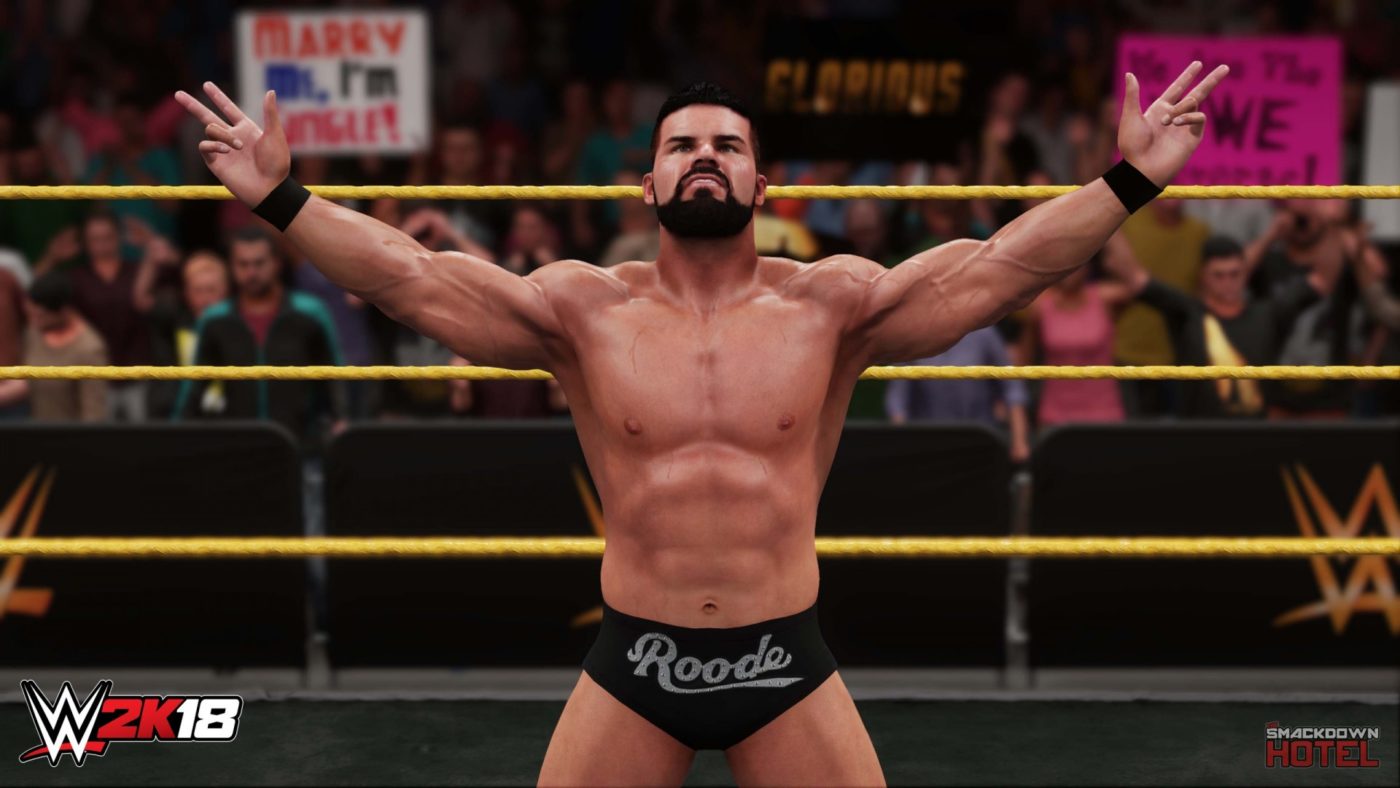 There’s a new WWE 2K18 patch that just went live a few minutes ago. there seems to be a fair amount of fixes included. Clocking in at 1.83GB on the PlayStation 4, the patch will be “coming soon” to the Xbox One and PC according to 2K.

• Create a video – added the ability to choose from cutscenes using the following entrance, promo, and universe/career. From these sub options you can choose the cast (wrestlers) for the highlights.

General Bug Fixing
• Gameplay: The referee fails to count pin falls or disqualifications in 8-man matches with entrances on in gameplay.
• Fixed an issue where Ref doesn’t count the pin in Tag Team matches when entrances are enabled.
• Universe: The title fatal crashes when starting any promo in Universe.
• Fixed crash that would occur when starting a user-created Self-Promotion Promo.
• Fixed an exploit that allowed rivalries to occur between Superstars of different genders
• Fixed not being able to select the “No Mercy” PPV theme when customizing a PPV.
• Fixed Royal Rumble winners being booked into title matches for the World Title of both co-hosting shows at WrestleMania.
• Fixed some cases where rivalries would break and lead to continuous One-on-One and Two-on-Two matches between the rivals.
– Note: This patch will not retroactively fix a broken rivalry.

Microsoft Intellimouse Being Resurrected With a Refreshed Design