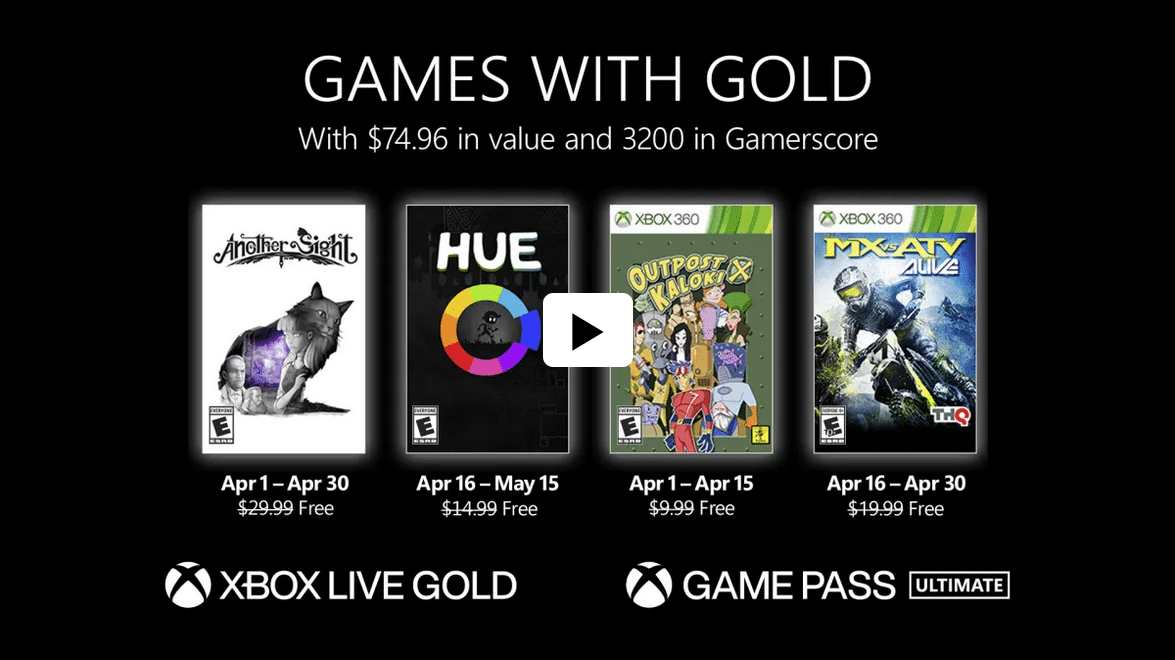 The Xbox Games With Gold free games for April 2022 have been revealed, and like March, it’s not the strongest in terms of popular titles. Head down below to see what you’re getting as freebies for the the fourth month of 2022 for Xbox Live Gold members.

Switch between two characters – the intrepid teen Kit, and the mysterious red-furred cat Hodge, as you explore the late Victorian era London in this the steampunk fantasy platform adventure. With an emphasis on culture and character and packed with historical cameos, Another Sight focuses on the emotional development of the relationship between its two protagonists as they rely on each other to traverse the cleverly designed levels.

Unlock a world of colors in this beautiful platform puzzler. Search through a gray world for your mother who has turned an impossible color due to the fracturing of the Annular Spectrum. Find the shards and make obstacles disappear to reveal new pathways and more puzzles. The further you go, the more colors you unlock and the tougher it gets.

Build your intergalactic tycoon empire. When life gives you lemons, blast into space and start selling lemonade. And while you’re at it, why not add on an arcade, singles bar, or whatever your entrepreneurial big tycoon brain can cook up? Keep the aliens happy and rake in the cash.

Gear up for some aggressive racing across a wide variety of tracks. Feel total control of your customizable rider and bike with the Rider Reflex. Have fun ripping thru the mud, sand, and snow as you own the competition.

While not exactly the highest profile month for members, there may be worth in checking some of these titles out.

Chivalry 2 Update 1.15 Out for Weapon Balance Changes & More This March 29