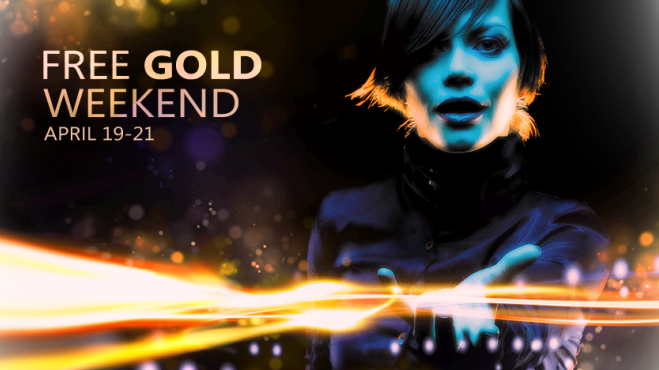 Xbox Live is free this weekend for Xbox 360 users in the United States, Canada, Latin America and Japan.

Starting April 19 at 7am PST and ending April 22 at 10am PST, anyone with a Silver account (basically, anyone with an internet connection) will be able to enjoy Xbox Live Gold services for free. That includes Netflix, Hulu Plus, other services of the like, plus of course, the ability to play your games online with other Gold members.