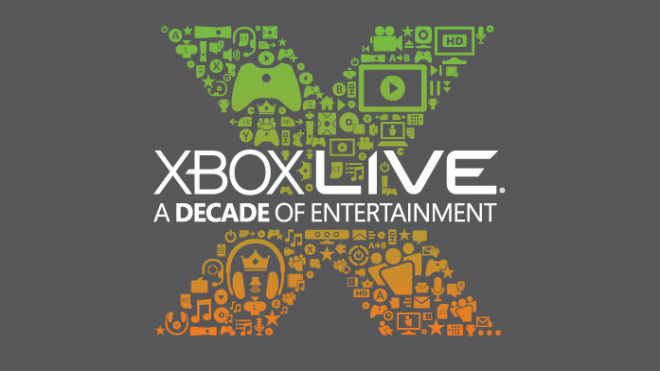 On the heels of some of the Xbox 360’s most significant releases, Halo 4 and Call of Duty: Black Ops 2, Xbox LIVE – you know, that service that lets you play video games online with anyone around the world – has turned 10 years old.

To celebrate, Microsoft is allowing gamers to enter for a chance to win a custom-designed Xbox LIVE 10-year anniversary console, on top of some other nifty prizes. It is open to all residents of the United States and all that is required to enter is that you download and wear this Xbox LIVE gamer picture. The contest closes 11:59 PM ET on November 22, 2012.

Additionally, Xbox LIVE Rewards members will get not one, but two chances to enter this sweepstakes.

Lastly, Microsoft is putting a number of Xbox LIVE Arcade games on sale, including DICE’s Battlefield 1943. Check out the full list below:

Corporate Vice President of Xbox LIVE Marc Whitten writes in an open letter, “This year we had an average of 9.4 million people a week using multi-player gaming on Xbox LIVE and in the 10 years of LIVE, nearly 14.5 billion Achievements have been unlocked worldwide, accumulating a total combined Gamerscore of more than 270 billion.”

With 10 years behind us, what do you think is next for Xbox and Xbox LIVE?