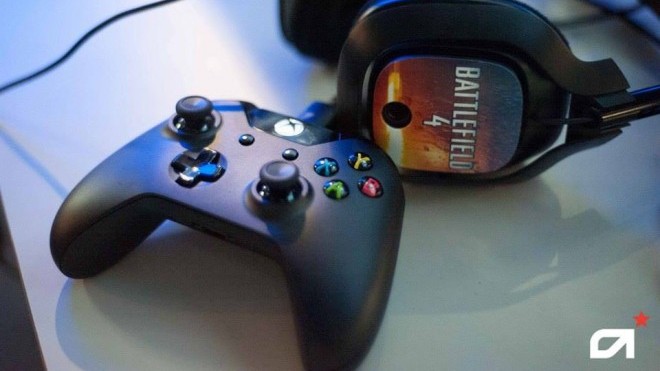 Astro Gaming has released an official statement on the matter, claiming that a number of headsets in their line up will still provide “a Dolby® Headphone 7.1 experience on the Xbox One – even from a stereo input.” The full statement reads:

“Microsoft’s decision to drop Dolby® encoding on their SPDIF output at launch does have ramifications for ASTRO’s products. While our products do not process DTS signals, we do have on-board Dolby® encoding in both our A50 Wireless Transmitter as well as our Wired MixAmp™ Pro. An Xbox One gamer will need to select Stereo output for game audio, but our MixAmps willprocess that stereo signal with Dolby ProLogic II and encode it with Dolby® Headphone – *the* gold standard for simulated 7.1 Surround Sound for gaming headphones.”

“So have no fear gamers, your ASTRO’s will still provide a Dolby® Digital Surround experience no matter what your console choice.”

Kotaku’s review of the Xbox One caused quite a stir last Tuesday among headset users within the gaming community when it confirmed that devices using the console’s digital optical output would only receive a stereo signal, not a true Dolby Digital 5.1 or 7.1 surround sound signal, downgrading some of the most common gaming headsets (Astro, Turtle Beach, Tritton, etc.) into mere stereo headsets.

If you follow me on Twitter, you’ll know that I, too, was rather disappointed with the news. That’s why I’m very happy to report that while the feature will be missing at launch, Microsoft Director of Product Planning Albert Panello has confirmed in a heated NeoGAF thread that “Dolby Digital is coming post launch.”

“This was a SW scheduling issue pure and simple, and I know people are disappointed, but we will have it,” he said.

“Anyone with an HDMI receiver should be fine, as we pass the uncompressed 5.1 and 7.1 through HDMI as well as DTS,” he continued. “Even if you have a Dolby only HDMI receiver (which I’m not sure exists), you will still get 5.1 or 7.1 sound since those receivers should accept uncompressed surround.”

“For the Dolby only headsets, my understanding is that these will work but you will only get stereo audio since we only pass Stereo and DTS through the optical port. I have not tested this myself, but I’m told it works. Regardless, I understand this is an inconvenience, but again we’re going to have Dolby coming.”

Exactly how the feature will be making its way to the console, either via a hardware or software update, has yet to be made clear.

It’s odd that Microsoft didn’t make this clear to begin with, as the news stemming from recent reviews of the console may have swayed a number of headset-using gamers to look elsewhere for their next-gen gaming experience. Regardless, the immersive experience that 5.1 and 7.1 surround sound headsets provide will continue to be able to do so, but at a later date.