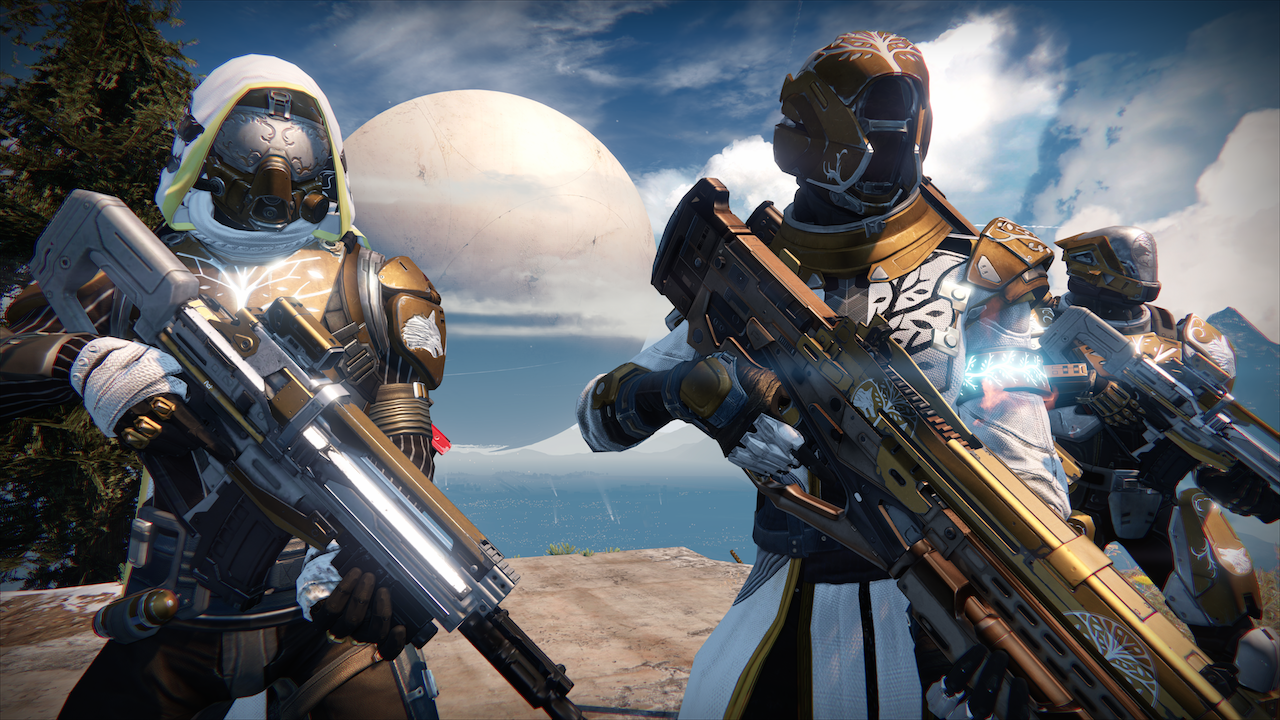 You’ll Have One Week To Complete a Raid in Destiny, More End Game Details Surface

Destiny‘s launch draws closer, yet fans are anxious to learn as much as possible about the game’s more mysterious elements.

Thus far, developer Bungie has been keeping details on Destiny’s Raids and other end game material close to its chest. We learned earlier the Vault of Glass will provide a rather difficult challenge after hitting that level 20 mark and will “demand of you things you’ve never even really been asked to do in a shooter before,” according to Design Lead Luke Smith.

This week, in Bungie’s latest blog update, Smith pulled the curtains off a number of raid details that Community Manager David “DeeJ” Dague says “should be known prior to Day One.”

We’ve posted the Q&A below where you’re sure to learn a thing or two about some of the most challenging content Bungie has ever created. Keep reading to find out and be sure to leave your thoughts in the comments.

Q:  I read somewhere that it took 45 minutes just to open the door to the Raid, what’s the deal with that?

Luke:  Sounds like that group (it was DeeJ’s!) had some communication issues.

For the majority of Raid encounters, you’re going to need to work as a group. That group of six is trying to form a metaphorical key which opens a given encounter’s lock.

By design, we don’t provide much in the way of information to groups in Raids. There aren’t waypoints to follow, or objectives explaining what to do in a given situation.
Realistically, for many players, they’ll be turning to the Internet for help on how to do a bunch of the Raid.

There’s an old Bungie quote about not wanting players to go to the Internet to figure out solutions. That quote certainly wasn’t about Raiding in Destiny.

We fully expect players to either publish strategy guides on the Internet or keep their group’s secrets guarded close to the vest in an effort to keep their rewards even more exclusive.

Once your group understands how to open the Vault, it’s not going to take anywhere near 45 minutes.

Q:  What about the rumor that some “clan” spent 16+ hours playing the Raid and didn’t beat it, what’s the deal with that?

Luke:  There’s a whole bunch of missing information in that sentence. So let’s just talk about that particular weekend.

In March 2014, we brought an organized clan of folks in to playtest the Raid. This would be one of the only times the Vault of Glass would be played by external participants.

These folks are shooter players, not — for the most part — Raiders from other games. They are a group of people used to working together primarily in competitive multiplayer games, and hadn’t been exposed to an experience like this before.

We arranged the 24 visitors into four teams.

We put them through a pretty lengthy UR study, filmed them, datamined their adventures, and watched them play it live. Later, the Raid team spent a bunch of time watching player perspective films we captured during the day.

We did not offer them help, tips or tricks during their time here. We didn’t clarify mechanics for them. We watched, listened and learned.

In two days of playing – where they broke for meals and had some ramp up time with the game on day 1, here’s what happened:

With the goal of as many players beating the Normal Raid as were willing to organize, cooperate and communicate, we made a bunch of tuning changes through the rest of the Spring.

Q:  A “Normal Raid?” What is that? How does difficulty work in Destiny Raids?

Luke:  There are two difficulties for Raiding: Normal and Hard. Upon finishing a Raid on Normal, players can attempt the Hard-mode version of the Raid.

Normal mode is about learning the mechanics, working together as a team and building strategies to overcome the encounters.

For instance: I’ve gotten a handful of Bungie groups through the Raid on Normal, and you guys (the playerbase) are inevitably better at the game, smarter tacticians, and more clever than we are.

In addition to deadlier combatants, tighter tuning windows for encounter mechanics and a handful of targeted differences, Hard-mode encounters leverage an even harsher death penalty than the Normal modes.

Were we to track things like World Firsts, we’d be verifying Hard-mode kills instead of completing the Raid on Normal.

Q:  Seriously, how long will it take, I have a life.

Luke:  Because we store your progress in a given week, you don’t need to clear the activity in one-go.  Your group could simply make your way into the Vault and call it an evening, reconvene later in the week and pick up where you left off.

However, your progress for the week is reset each Tuesday at the Weekly Reset.

Q:  What’s kind of loot will I get in the Raid?

Luke:  Each class has an entire set of gear to chase across the two difficulties.

And of course, there are Raid weapons. Each of Destiny’s nine weapon archetypes (Auto Rifle, Hand Cannon, Pulse Rifle, Fusion Rifle, HMG, Rocket Launcher, Sniper Rifle, Shotgun and Scout Rifle) has a Legendary version that has been created specifically for the Raid.

The armor and weapons are completely unique to the Raid activity. They are visually and thematically connected to the combatants you’ll fight in the Vault of Glass.

And of course, there are more rewards behind the Vault’s door that we won’t detail today.

Q:  How does looting work in Destiny Raids?

Luke:  The loot you get is private to you – just like the rest of the game.

Obtaining loot from a given encounter means that character is noteligible to receive loot from the same encounter again in a given calendar week. This is often referred to as a “Lockout.”

I italicized “character” above, because if you have multiple Raid-ready characters, you can run the Raid again on a different character – and the Lockout isn’t applied to it.

Each encounter has a fixed inventory of items it can award to players, e.g., certain pieces of gear or weapons can only drop from certain encounters.

Lockouts are cleared at the Weekly Reset.

Q:  Would you give an example of a mechanic that we’d face in a Destiny Raid?