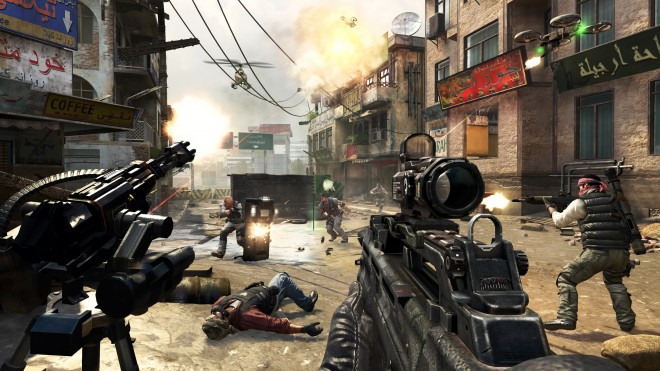 Call of Duty Elite was just recently announced as a free service for Black Ops 2 while DLC will be sold separately within a Season Pass or individually.

But, who get’s this DLC first? Will the Season Pass be included in a Black Ops 2 special edition? Are Elite services available on all platforms? What’s the deal with clans? We answer these questions and more below.

So while the DLC schedule won’t be as complicated as last year’s Modern Warfare 3 season of content, Xbox 360 players can still look forward to their DLC first.

What about other platforms? “With details for the Wii U™ game system from Nintendo being newly announced, Activision is working with Nintendo on the possibility of releasing the Call of Duty®: Black Ops 2 DLC Map Packs and the DLC Season Pass for this new gaming platform, and more details will be released at a later date,” reads the FAQ.

Hopefully that clears up a few of your more important Call of Duty Elite questions.

Leave any more questions or concerns in the comments below!

PS All-Stars Public Beta Available Tomorrow For PS+ And Vita Users, Next Week For Others