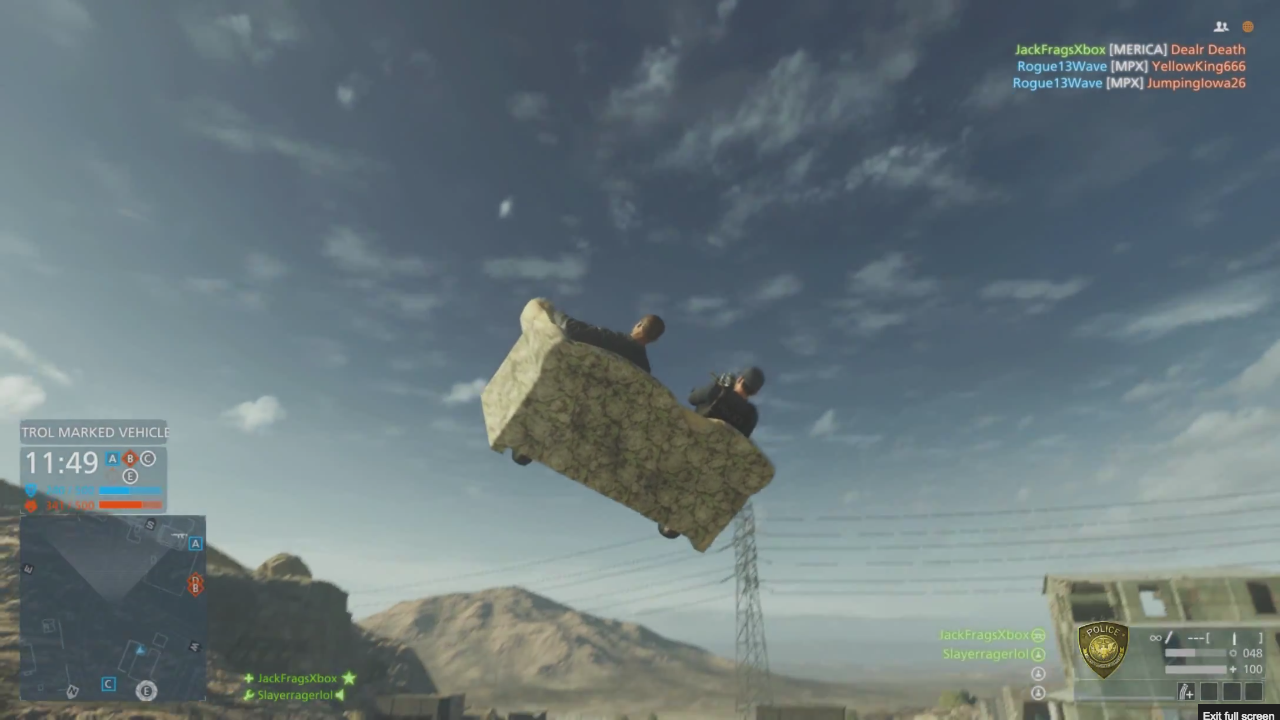 Battlefield Hardline isn’t even officially out on all platforms yet and, already, the Easter Egg hunt is on. Here on day one of early EA Access on Xbox One and the Battlefield community has caught a big one.

YouTuber JackFrags has the video above: a couch driving around and killing people. Yes, apparently, you can find a couch called “Merica” on Battlefield Hardline’s Dust Bowl map that you and three others can hop on and drive around, shooting your weapons or splattering enemies with road kills. It also happens to pack a lot of horse power and can catch some serious air off jumps.

Think we’re joking? Watch the video above to find out where you might discover ‘freedom’ for yourself. Nice find, guys!

Battlefield Hardline is playable now if you own an Xbox One and EA Access. Otherwise, Visceral Games’ cops vs. criminals shooter launches on all platforms on March 17.

Destiny – Here’s What Bungie’s Working On For Update 1.1.2