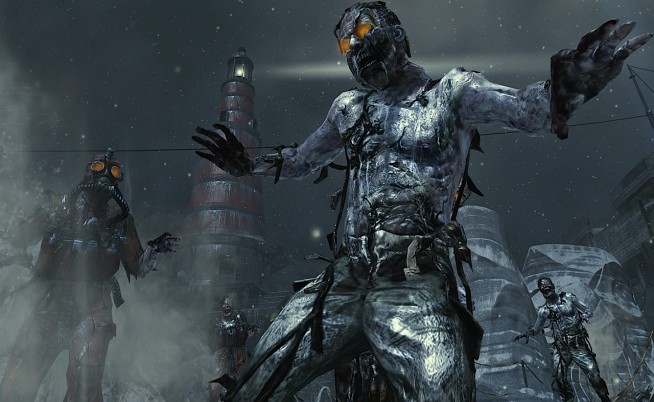 Could we be seeing yet another instalment of Treyarch’s popular Zombie mode in their next Call of Duty title? Sound Designer on Zombies, Collin Ayers, hints at the possibility.

Considering the massive success of the first two iterations of Zombie mode in World at War and Black Ops, it would not be surprising to see its “rezurrection” once more for millions of fans to enjoy in the rumored Black Ops 2. To add to the likelihood of its return, fan forums, ‘Call of Duty Zombies’ recently tweeted, “New forum is up. Discuss Treyarch’s next installment here.” Interestingly, Ayers later added, “I’m watching this,” in regards to these forums. He also wanted to let fans know that the “zombies team loves the community input we’ve gotten for the last 5 years. It’s been amazing! Keep it up.” While no official confirmation has been made, it seems pretty clear that another instalment of Zombies is indeed in the works. Make sure to stay tuned to MP1st for more details!

Check out what other Treyarch developers have had to say about the next Call of Duty.