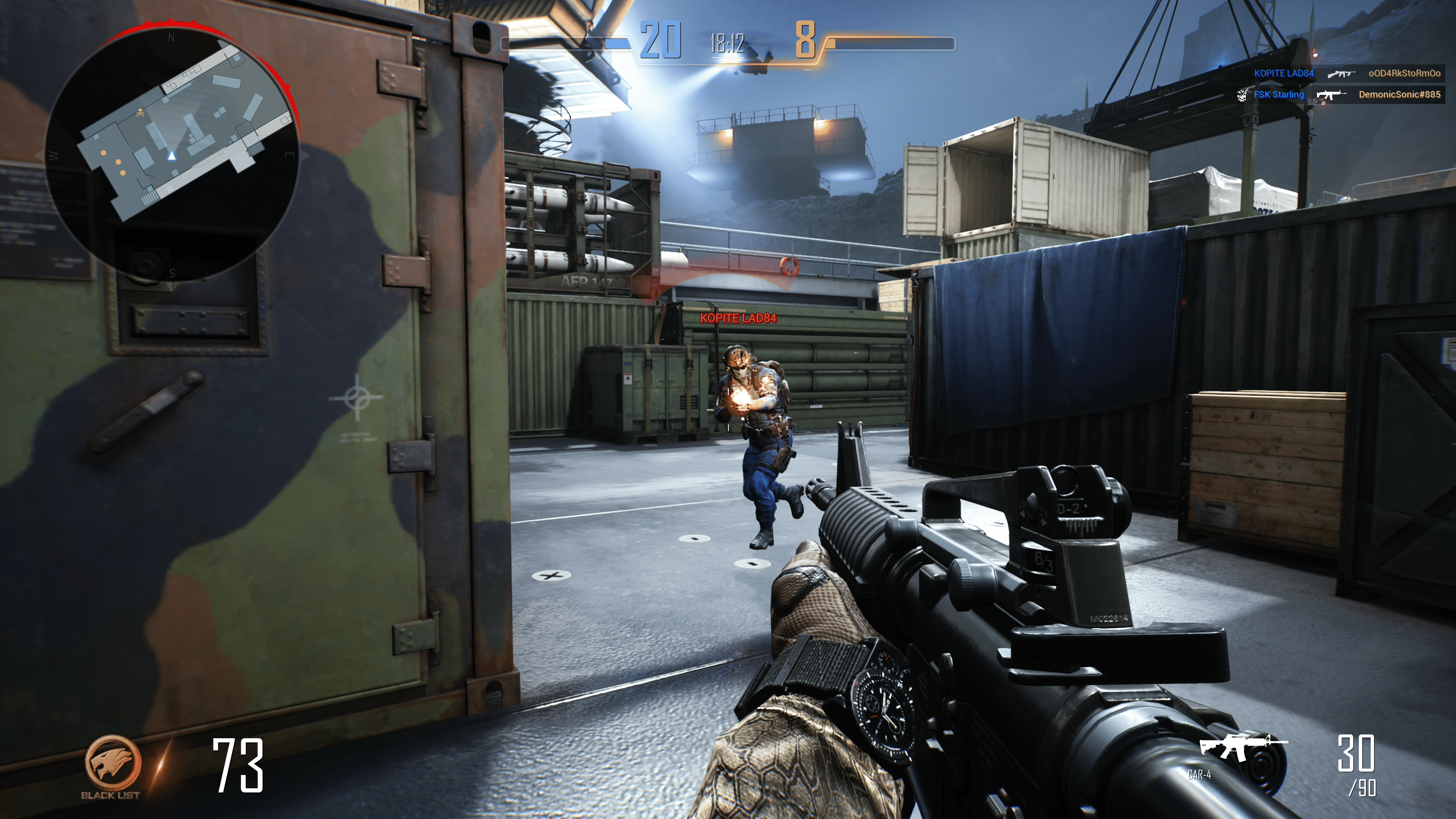 Assigned to the renowned studio behind the cult hit Alan Wake, and multiple Game of The Year winner of  2019, Control, Remedy cashes in on what can only be described as an easy paycheck to deliver possibly one of this year’s worst experiences, and certainly their worst product yet. No, that’s not over exaggeration, and that’s only elevated by Smilegate’s attempt to bring the highly popular multiplayer franchise to the Western audience. We tackle both the single-player and multiplayer portions of CrossfireX and come away needing an actual remedy for us, and the game.

Single-Player – No Remedy to Cure This

While my expectations were low going into the campaign of CrossfireX, the small light of hope was that Remedy Studios would be the ones producing it. A first in the genre for them, and after playing through the forgettable 4-6 hour long campaign, hopefully the last.

Split into two campaign missions, or operations as they’re called, players will take on the role of an elite group of mercenaries from a faction known ad the Global Risk. Tasked with infiltrating a group known as The Blacklist, their goal? To get a hold of a device known as the “Catalyst,” which grants them the ability to peer into the future. However, as with many stories, things quickly go awry as one of your squadmates ends up in hostile hands, turning this mission into a search and rescue. 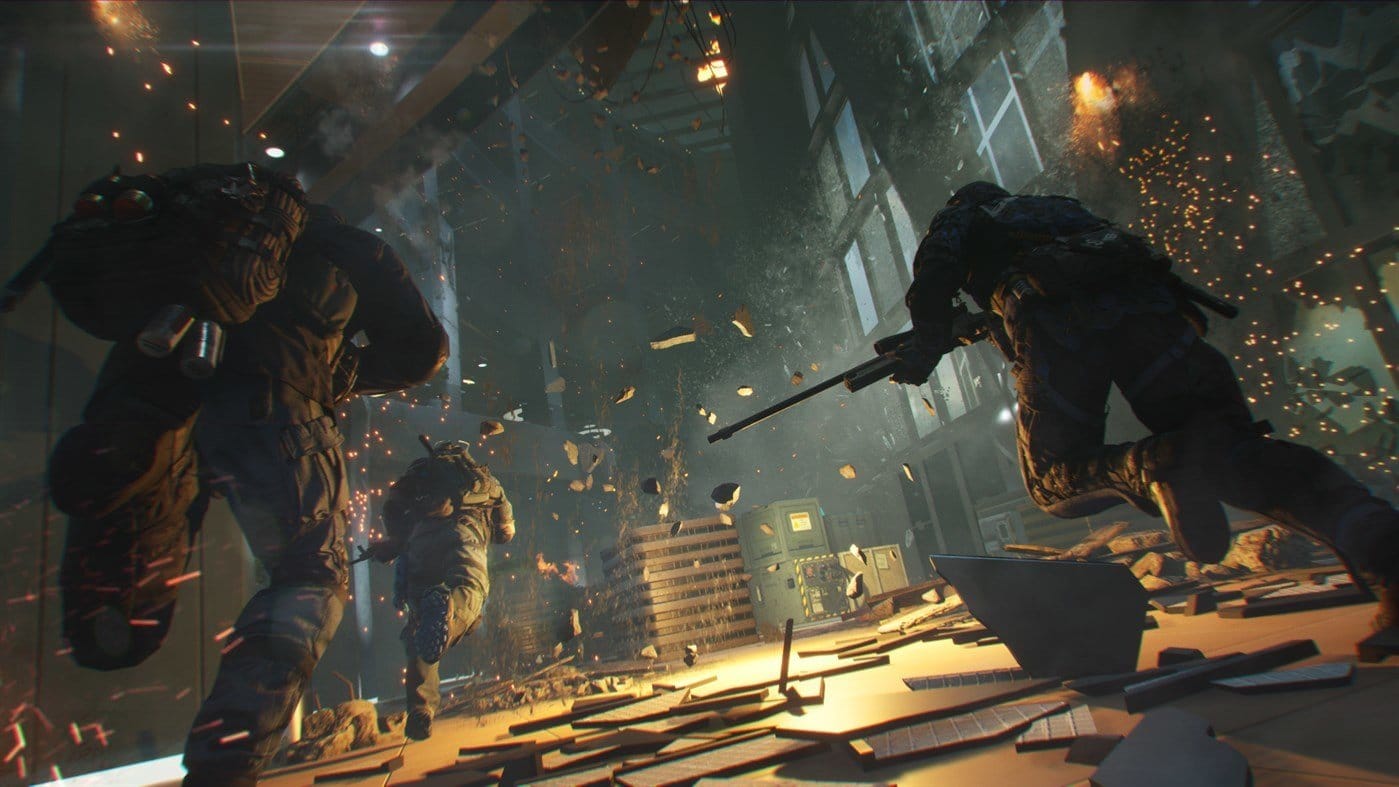 On the other side, Operation Spectre, the second campaign, has players take on the side of The Blacklist. A nice contrast that helps fit a narrative the the online component, which we’ll talk more on later. This mission sees player attempting to foil the plans of Global Risk.

While both stories sound pretty straightforward, there are a number of bits of Remedy’s personality sprinkled through them. In Catalyst, players will dive deep in the mind of a character going mad. It’s a hint of the psychological thrills that Remedy has provided over the years, which is even more hinted at in the second campaign.

Sadly though, what it all amounts to is a rather confusing mash-up of what feels like leftover ideas. The writing isn’t all too good, which only makes the voice acting suffer. Overall, the campaign is short with the operations totaling somewhere between five to six hours. Not a complaint, mind you, because when you factor in price that actually isn’t a bad deal at all — especially when you compare it to the length of say, a Call of Duty game.

However, this is a game that Remedy has decided to put their name on for reasons that I’ve mentioned were probably for a quick buck. Regardless, with the work and content they’ve provided before, one would think they’d bring in more effort, especially with it being their first, first-person shooter.

And these issues stem further than just the campaign. I’m sure you’ve all have heard it by now, but CrossfireX is damn near impossible to play. Booting into the campaign for the very first time, the core gunplay is embarrassingly bad. Aiming is, well, broken as acceleration kicks in as with a plethora of other issues such as aim assists, and dead zones. It doesn’t feel good, and being a first-person shooter, that is by far the most important thing.

The enemies (and the Artifical Intelligence) are laughable too. They provide no real challenge, and even playing at a higher difficulty they’ll find themselves lining up for an easy kill — that is if you can aim at all. Yet despite all that, the campaign is somehow considered the better experiences between its multiplayer counterpart.

Multiplayer – Bare and Broken, Except for Microtransactions

I’ll say it again: if you are going to make a first-person shooter then the gunplay HAS to be good. I know that’s a statement that can be said about any other genre, but given the competition among live service first-person shooters compared to other genres, it is an absolute must. To say CrossfireX doesn’t meet that is an understatement.

There is a reason why CrossfireX has seen little marketing push, despite the series itself being one of the most played games worldwide. It’s broken. Yep, it’s worse than the single-player even, to the point that it is damn near unplayable.

Issues seen from the campaign are all present, which shouldn’t be a surprise since games generally want to keep consistency across the board. Though with this being the competitive side, it is much worse as you are now struggling against real players rather than the braindead AIs who tend to stay in one spot. Aiming is just, utter trash. Don’t get me wrong, I’m not the best player when it comes to online gaming, but even then, I can see there is a severe problem with CrossfireX’s core gameplay mechanics.

Starting a match off, my immediate thought was that the aim sensitivity and dead zones were cranked up. I was wrong, very wrong, and no amount of tweaking fixed that. This made playing matches frustrating, as it was a constant wrestle to try and kill someone. At one point I just stopped aiming with the camera and found that normal moving while shooting provided better chances. It’s abysmal. I’m not sure how anyone on the dev team thought it was playable, or acceptable, though from my understanding these are issues that were present from the beta nearly two years back (YIKES!).

Furthermore, there’s a mode called Modern that adds a bunch of modern FPS features such as aiming down sights (ADS), ledge climbing — basically features in a modern FPS like Call of Duty, or Battlefield. However, unlike the two mentioned franchises, this mode isn’t suited for CrossfireX, as mechanics feel half-baked. Like the aiming, using these mechanics is a constant struggle, with ADS being broken as it gets disruptive during firing. Smilegate has said that they are working on resolving that issue, but at the time of writing this review, it begs the question of how something so widespread made it past QA (Quality Assurance).

The second mode is called Classic, which doesn’t have all the fancy mechanics of a modern day shooter. It’s comparable to say Counter-Strike, and without a doubt is the better of two mode types.

Both of these modes have their own playlists, Modern having two (Search and Destroy, Point Capture), and Classic getting four playlist types (Search and Destroy, Spectre, TDM, and Nano). That’s a decent amount for an online shooter if I’m honest, though the issue arises when you realize there are only five maps, one each assigned to one of the five modes. So if you want to talk about a shooter being repetitive, CrossfireX is that perfect example, as you’ll be playing the exact same map in a given mode every friggin’ time.

And don’t get me wrong, I understand perfectly that the multiplayer aspect is free-to-play. However, that doesn’t excuse it from lacking in content on top of being unplayable. What makes this all worse is that it has the audacity to tack on microtransactions. 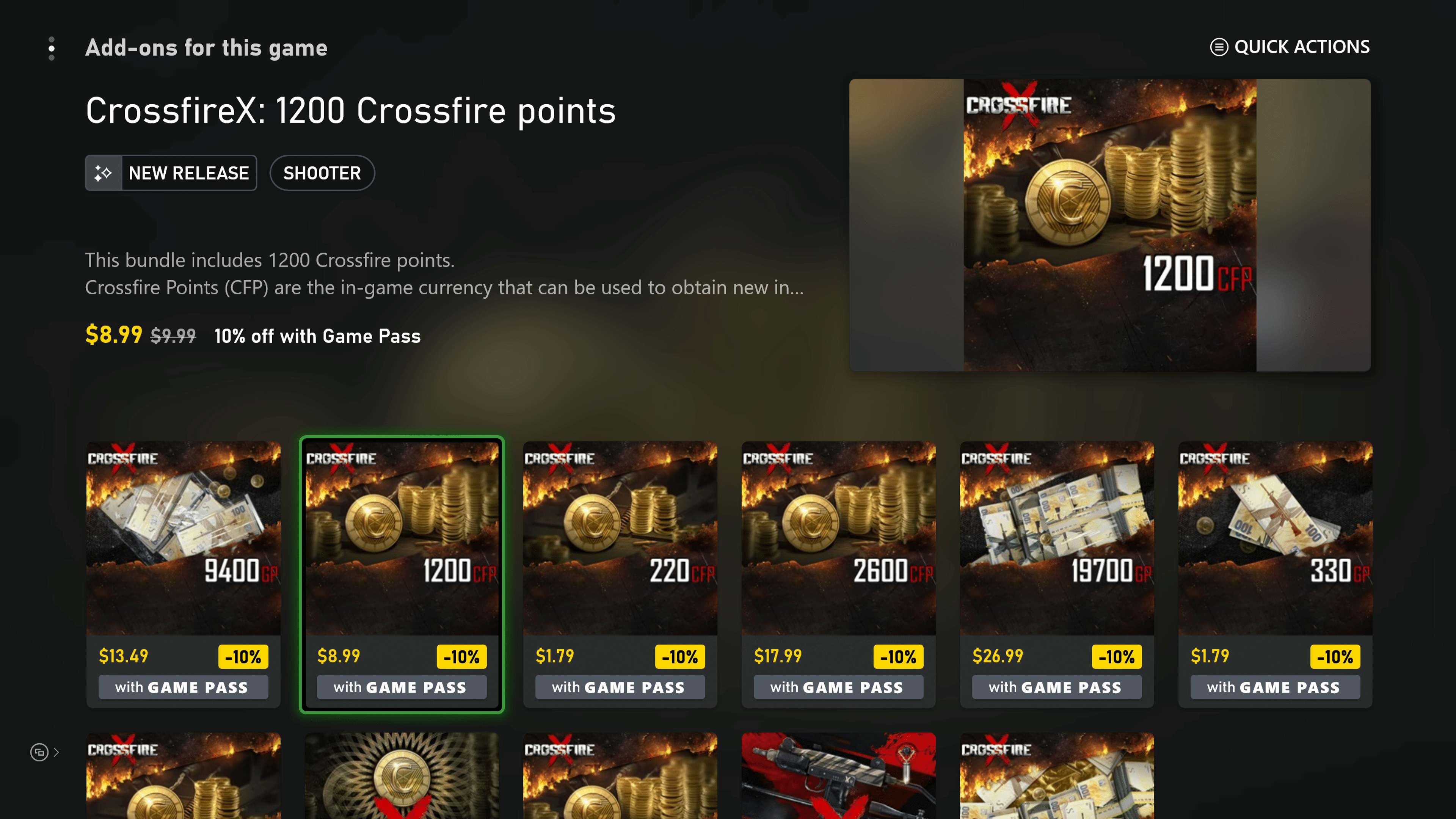 I’ve never been inclined to buy microtransactions, nor do I feel like that here. I just can’t help but chuckle that somebody expected someone to buy cosmetic skins given the state the game is in.

There are a plethora of other issues such as the UI, the matchmaking throwing players into full lobbies then kicking them, and so much more. The state of the game is not a good one to say the least.

For someone who has only heard of Crossfire from internet chatter, and having learned it is one of the biggest games on the market outside of Western culture, I have to say, CrossfireX certainly hasn’t convince me.

There is just too much wrong with it at the moment, that despite it being free-to-play, I just can’t recommend anyone putting their time into this. There are better offerings out there for shooters. It saddens me a bit, because on underneath all the grime and junk I can see a shooter that has great potential. Maybe in a year’s time and after multiple patches it’ll be good, but that’s asking a lot, and we don’t know whether it’ll be able to get there. This is one crossfire you don’t want to take part part in.

CrossfireX review code was provided by the publisher. Played on Xbox Series X. You can read SP1st and MP1st’s review and scoring policy right here.