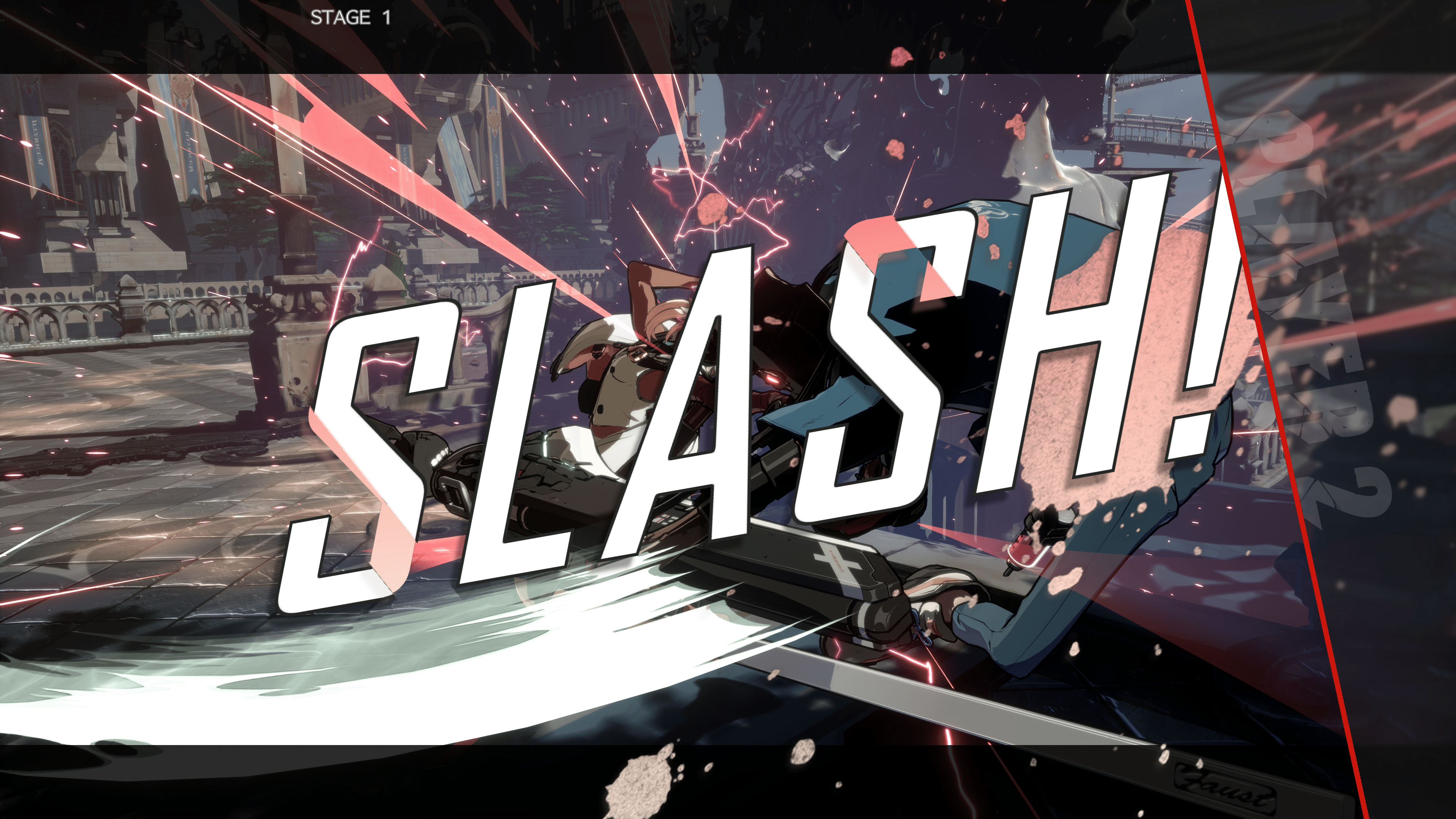 The longstanding Guilty Gear series back again, and it’s serving heavy hits once more with it’s spectacular gameplay and stylish visuals. While the series has been known to deliver on just that, Strive also seems to be shaking the franchise up with some major changes. Does Strive live up to the Guilty Gear name, or is this just one fighter that hits too low below the belt? Find out in our Guilty Gear Strive review!

I’ve been playing Arc System Work games for a long time, having played Guilty Gear on the original PS1 and moving through the gens since. They eventually created the BlazBlue franchise, and more recently did Dragon Ball FighterZ, one of my favorite (because I love DBZ) fighters of all time. Having played pretty much most of their releases, if there is one major applaud I can give to the studio, it’s that they know how to make a game that absolutely kills in style. 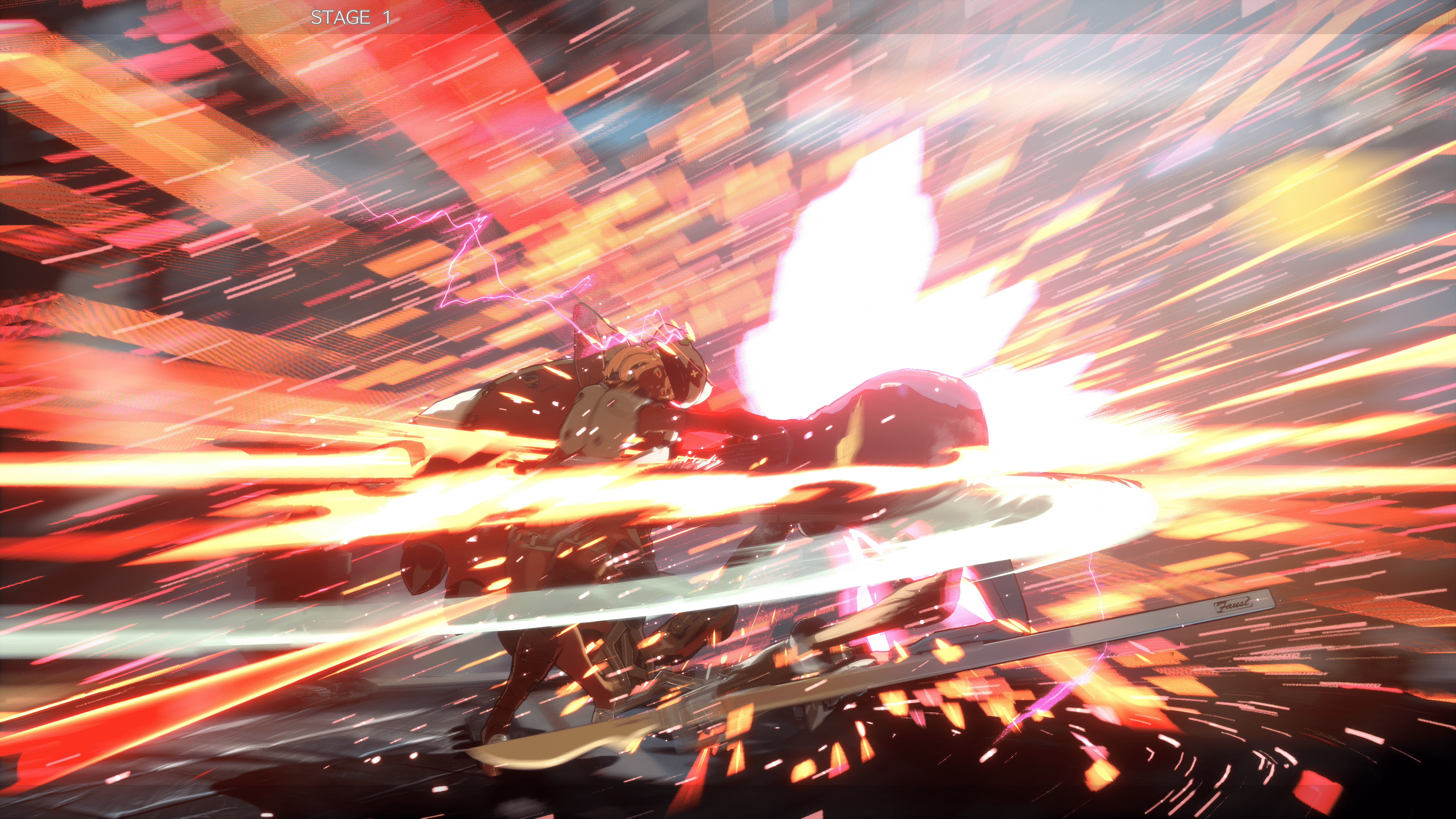 The 3D models all look fantastic, and the team’s effort really shows when the characters are seen fighting in the 2D plane. They come off as some of the best looking 2D character models, all while not even being 2D.

Seriously, this is one of the best looking fighters I have seen in a very long time. That really shouldn’t come much of a surprise considering Arc System Work’s past projects, but got to give credit where credit is due, and this team knows it’s art.

A Sol to Match

I feel that Guilty Gear has always been one of the harder fighters to get into, due to how complex a lot of the mechanics can be. For us veterans, this has always been part of the charm, being able to pull off insane combos, blocks, and evades, stuff that pumps adrenaline in our blood to the max. And while I don’t consider myself by any means to be an expert player, I still have always loved the complexity around the series. But because of that, I also understand that perhaps it’s not the most kind to newcomers. Thankfully, Strive addresses that all while maintaining the heart and soul of the franchise.

Now don’t get that last statement confused, because I already know what some of you are going to mention. Yes, Strive does do away with the Gatling system, essentially gutting the way combos are done from the past iterations.

For fans, this means no more canceling punches into kicks, and then canceling those into other moves for an insane combos. At first I thought I would be disappointed by this change up, but honestly after playing through Strive, I can’t say I miss it as much as I thought I would.

The combat feels heavier, with damage output being the highest in the series yet. While that usually means slower paced combat, Strive ensures that it’s storm of fists and slashes are never missed. Coupling moves with it’s advance Roman Cancel mechanics, and you got yourself some limitless potential to pull off those endless combos. 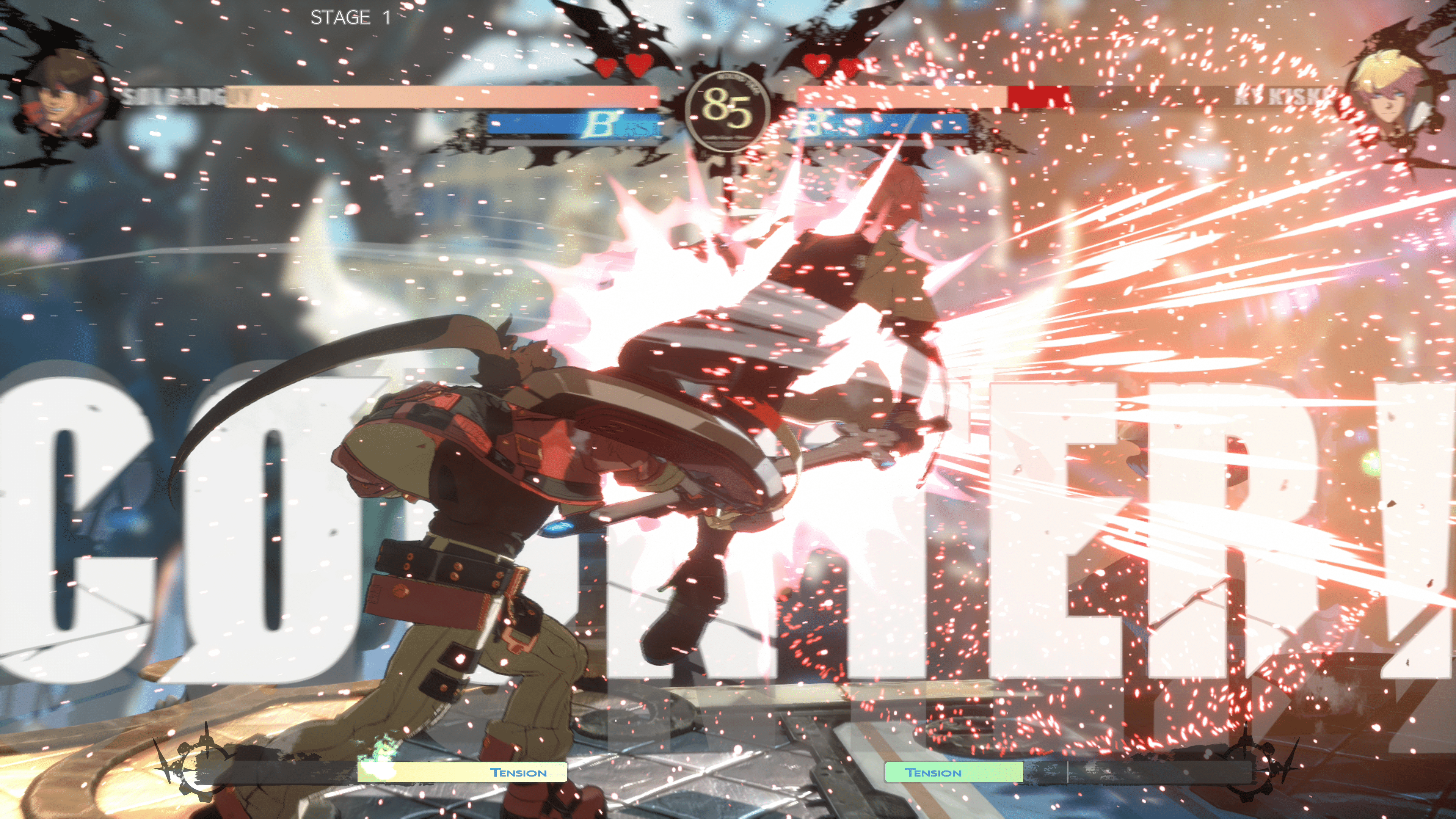 Characters themselves are all diverse in their fighting style, with some being slow yet brutal hitters, while others being cunning and agile. Whatever your preference is, it’s certainly to be found in the roster of 15 characters, with more coming as DLC.

While the game is more accessible, make no mistake that this is still one fighter with a high skill ceiling. Thankfully, there is a mission mode, essentially a mode to learn all the complex moves that higher ranked players will be using. It’s great as it walks you step-by-step on all the advance moves, though I do wish it expanded into the characters themselves as you will still need to learn their exclusive move sets yourself. Practice mode makes up for that.

Fans may be quick to shrug Strive away, but I promise you after spending a reasonable amount of time with it, you’ll find the combat to be just as deep, and as fun as it has ever been. Strive beats with the heart of the series ever so strongly.

If you played the beta earlier this year, and was hoping for Arc System Work to overhaul the lobby system then I have some bad news for you. Much like many of their other recent releases, Guilty Gear Strive features a playable lobby, or more accurately a hub area where players can connect and freely roam as they wait for matches to open up.

On paper, it’s a neat idea and the 8-bit 2D side-scroller design is a cute way to present it. Sadly, much like my issues I had with Fighter Z, these lobbies make it all too much of a hassle to get into matches. Moving around, waiting for a dual station to open, or facing overcrowding as other 2D players clash with your own on the same place makes the lobby an annoying place to be in. 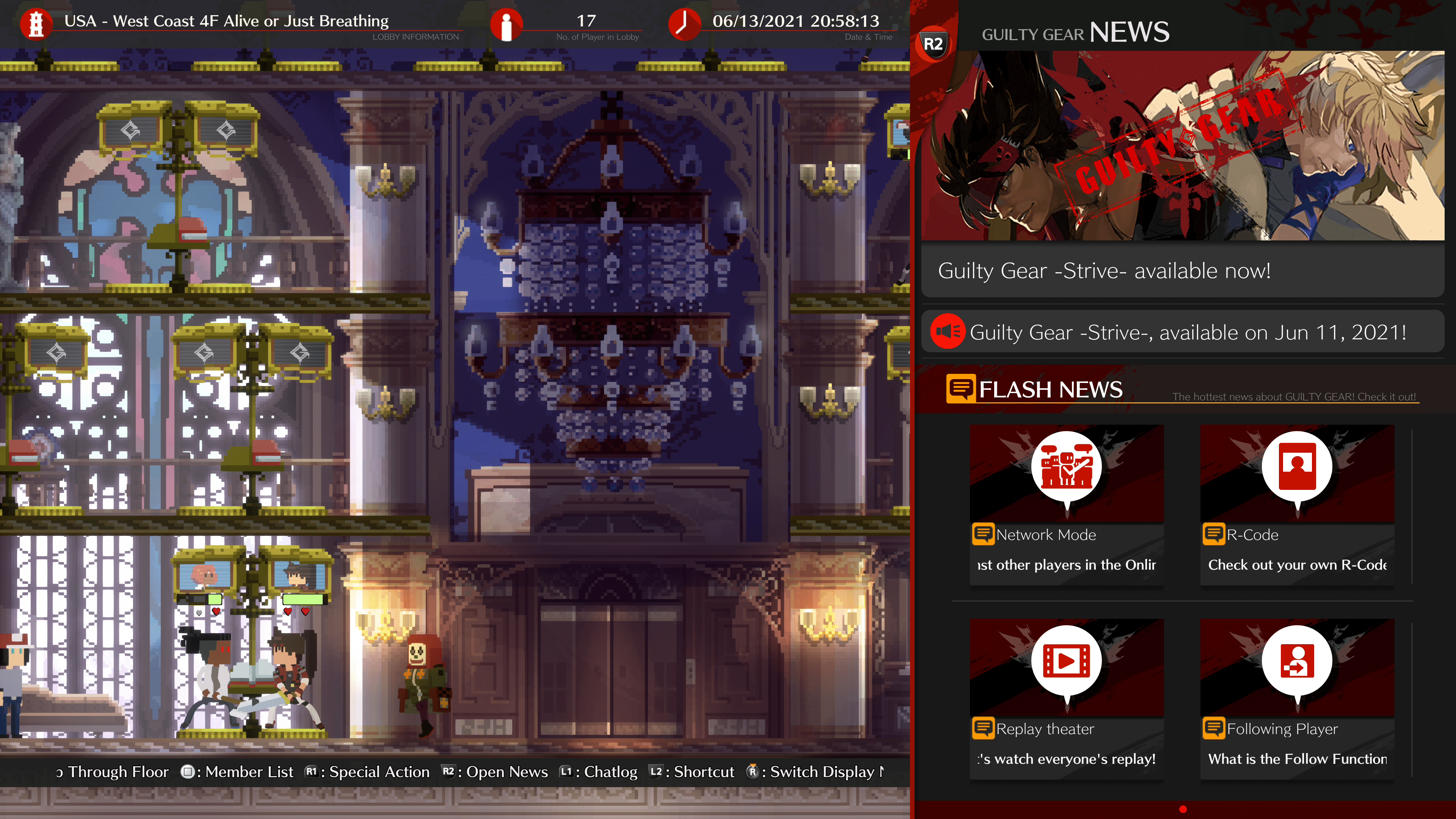 Maybe I’ve grown too used to how other fighters keep it simple by offering quick selectable menus to join matches, but I really can’t say I’m a fan of the lobby system in Strive at all.  I love that it’s trying to be different, but I just don’t think it works too well, at least for matchmaking.

This is really my only complaint I have with Strive, and honestly the online matches themselves more than make up for that shortcoming.

Because we live in a world where everybody’s internet connection is different, be it speed, or the distance they are away, lag has become a pretty big issues in online games. For fighters, the typical solution was delay-based net code. Basically, the game would delay your input before showing them across both fighters screen. In an ideal world it wouldn’t be all that much of an issue, but as mentioned everyone has different internet along with a number of other variables.

This resulted in some really laggy matches, and in some games almost unplayable due to how desynced gameplay was. For those who are heavy in the competitive side of things, you can see where this would be a major problem. Thankfully, Arc System Work understood this, and instead opted for rollback netcode.

Rollback doesn’t force a animation delay, but instead allows input to play in real time. What happens instead is that the player receiving the input will experience some cut animations, though it’s so short and likely wouldn’t noticeable. To add even more, predication is also used here in order to fill those missing frames so you aren’t ever missing anything.

In Guilty Gear Strive case, this works stupendously well as all the matches I played in had no lag whatsoever. The online experience was silky smooth, even when playing against someone who lived across the globe from me. It felt refreshing as it’s typical for fighters to experience major online issues, especially at launch. Hopefully this stays steady throughout the game’s lifespan, which we feel will be a long fruitful one given it’s extensive post-launch support and the excellent online to accompany it. 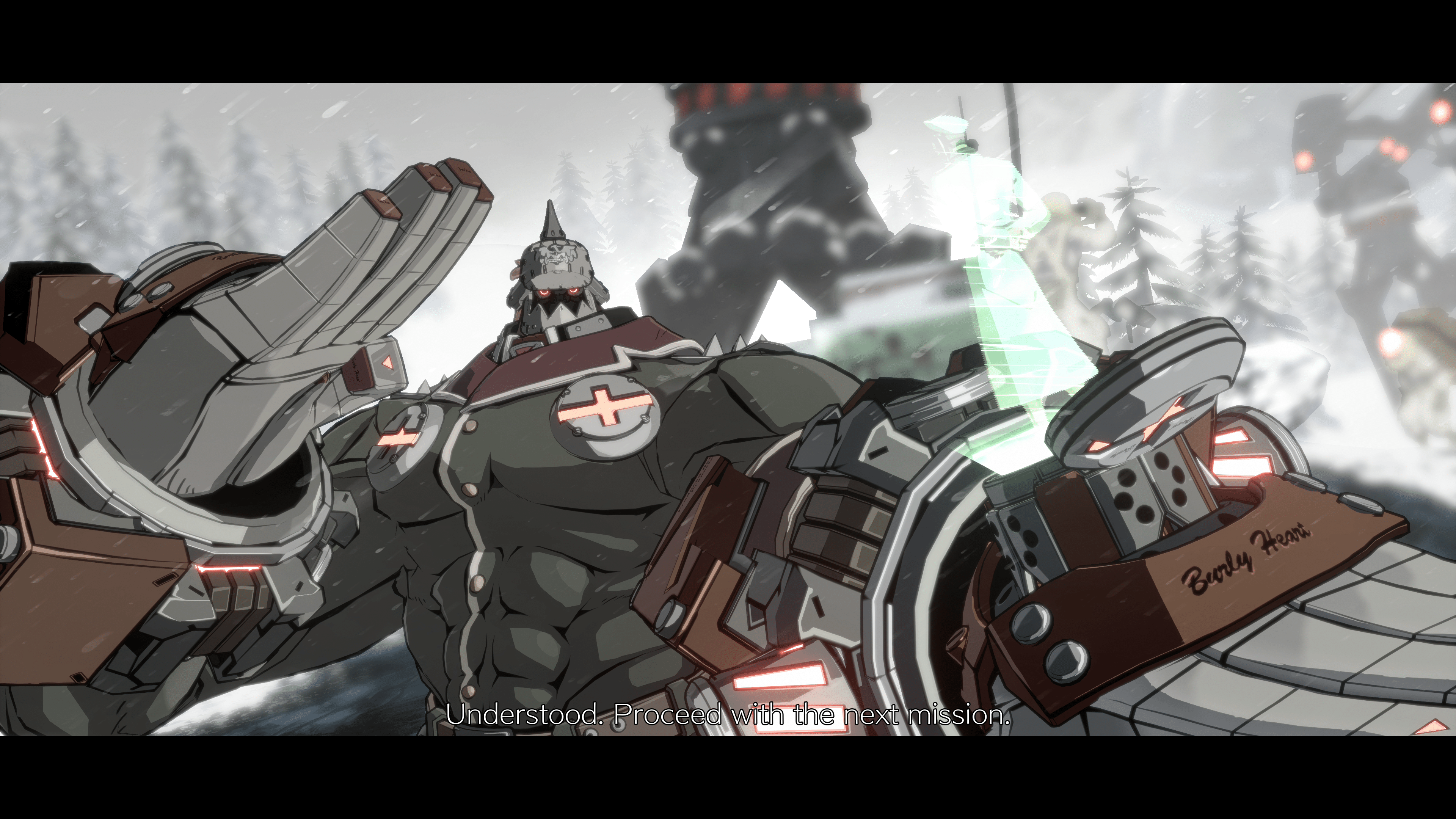 I should also mention that there is a tier system for the ranking in Strive, one that I really love. It works off a tower system, with the initial tutorial grading you on where you rank before you get into any online matches. This tower system is meant to group you in with players within the same tier, skill based matchmaking if you may.

I know a lot of people aren’t a fan of that, especially in shooters, but for fighters I always thought this made sense. New players can comfortably enjoy the game without getting into raged fit match where there is a clear skill difference, all while the highly skilled can keep improving on their game by fighting worthy opponents.

It’s a great system that attempts to keep fights as fair as possible, and for the most it does as I found other players to be just as skillful as me. Now don’t take that as meaning that you won’t get curved stomped, because I did have my fair share of matches where that happened but that’s just the natural flow of moving up in the bracket.

Striving at Being the Best

I won’t beat around the bush, yes Strive may be a big departure for many Guilty Gear fans. There’s a lot of changes that many fans may not like, and it’s single player offering is pretty weak in that regard.

However, if you give it chance you will undoubtedly come to love Strive for what it is and not for what it should be. The heart of the Guilty Gear franchise beats strongly in Strive, showing in it’s insanely fun gameplay, and lavishing visuals that puts this as one of the most well crafted fighters to date.

Review code provided by the publisher. Played using a PS5. You can read SP1st and MP1st’s review and scoring policy right here.