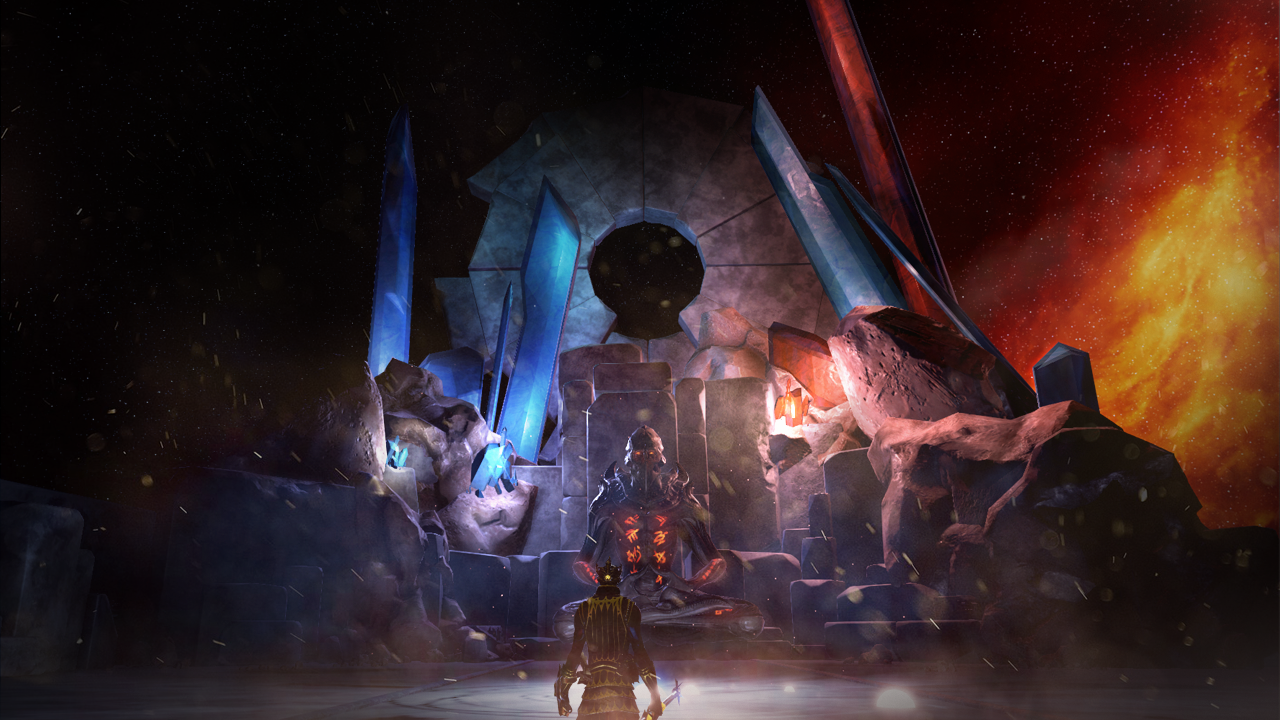 Who doesn’t like the idea of a Dark Souls game set in space? Well, that’s exactly what Hellpoint is, though the question is whether or not this is a good Souls clone or just another shameless cash grab at the genre. Read on to see what we think in our full Hellpoint review.

A Gorgeous World Lost to Its Size

Hellpoint takes place on a space station called Irid Novo. You play as a 3D printed humanoid who’s tasked by a mysterious voice called the Author to solve what has happened on the space station. An event known as “The Merge” has caused the station to be overran by demonic creatures and cosmic gods. It’s a pretty awesome premise if you ask me, and much like other souls game, Hellpoint ensures that it’s world has richness in its lore. Nothing is completely spelled out as you’ll find an array of text hints and NPC’s dialogue, leaving you to piece everything together. Yet despite areas having plenty to tell, I did feel that keeping track of the story to be rather difficult as there really wasn’t’ much of a sense of direction. 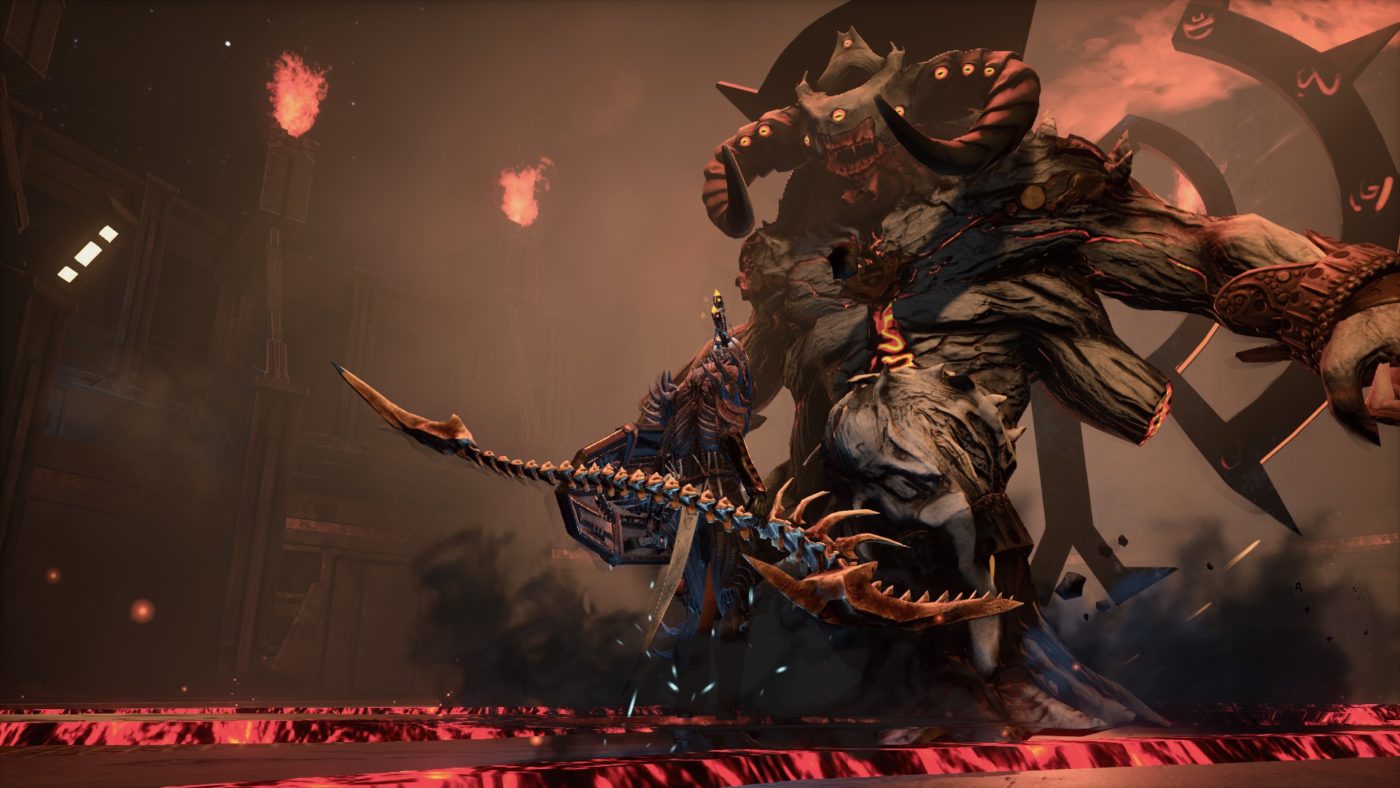 It’s a large space station filled with tons of areas to explore, yet part ways through I was constantly asking myself why I was in a specific area. I found myself hunting down bosses in an area and earning their key item without actually knowing what they were for.

Hellpoint isn’t a graphically demanding title either, but what it lacks makes up in it’s really unique environments. In my original Hellpoint preview I discussed how Hellpoint shared similarities with Dead Space and other horror titles. Enemies look grotesque with their disfigurements, and the environment are greatly influenced by the late H. G. Giger. I’m a sucker for when it comes to anything influenced by H. R. Giger as the mixture of both humans and machines usually produce some of the most beautiful work ever seen. 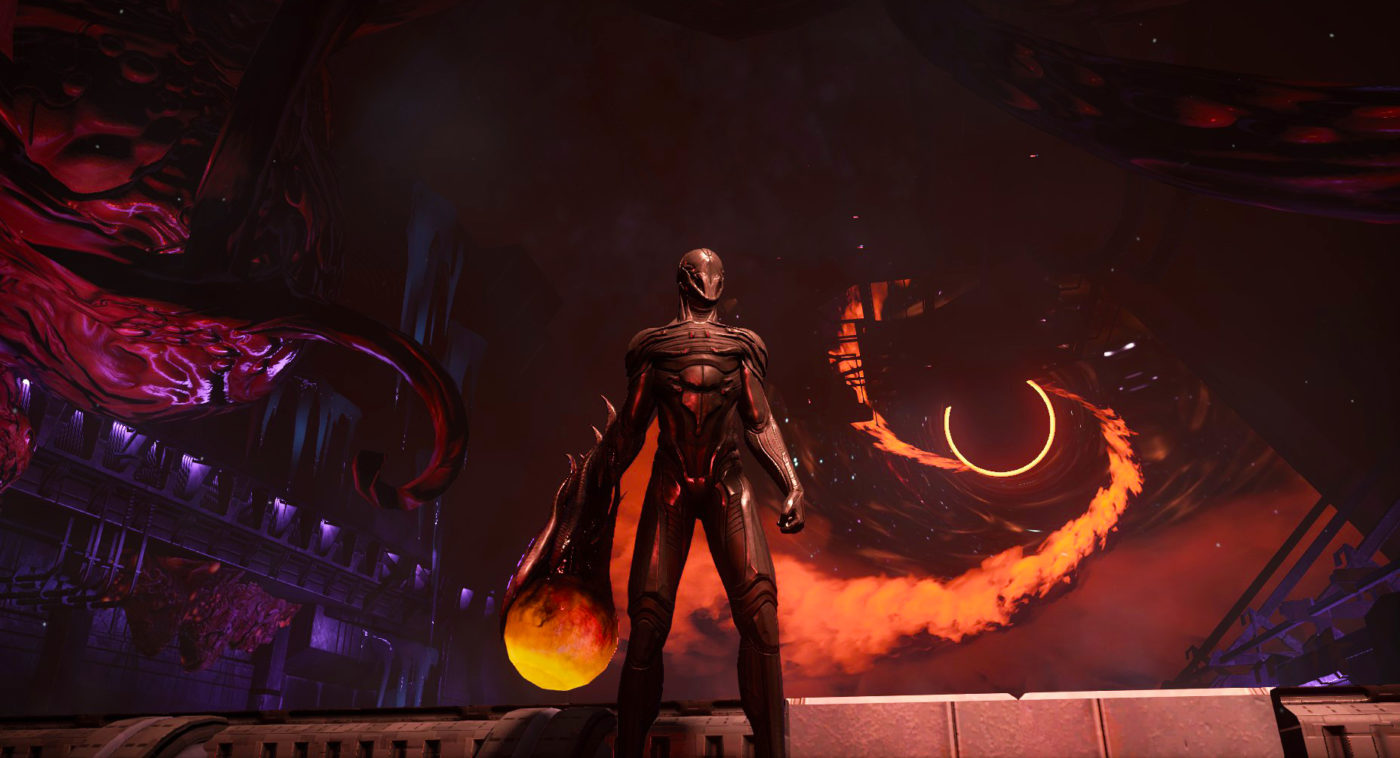 The cold biomechanical relationships are clear in Hellpoint as structures appear to be living, yet at the same time they aren’t. And despite being a space station, it’s a rather large one with diverse environments. I wasn’t expecting to see a bunch of vegetation throughout the game, but it’s there along with a handful of other cool environments. Ten the usage of coloring; while this is a dark looking game, there are some vibrant neon colors that get used quite a bit, more so in the breathtaking moments. Near the start, there is a set of blast doors covering the outside windows that can be opened. Once opened, you are treated with perhaps one of the most astonishing view in a video game that I have ever seen. It truly is a sight to behold.

It’s Dark Souls, But In Space.

Now of course this being a Souls clone the obvious elephant in the room is, how well does it play? Outside of the extremely poor frames-per-second (I’ll get to later), Hellpoint actually plays very well. In terms of combat speed, it’s slightly faster than that in Dark Souls, though not enough to really differentiate from it. Heavy and light attacks are present, as are shields, and dodging. There is a leveling up system that works off a currency known as axioms, which are gained when killing an enemy and lost when dying.  Leveling is done at checkpoint locations known as breaches, which function similar to bonfires. Honestly, it’s clear that Hellpoint doesn’t shy from the fact that it’s a Souls rip-off, but that’s a badge that it wears proudly as it’s every bit of fun one could expect. 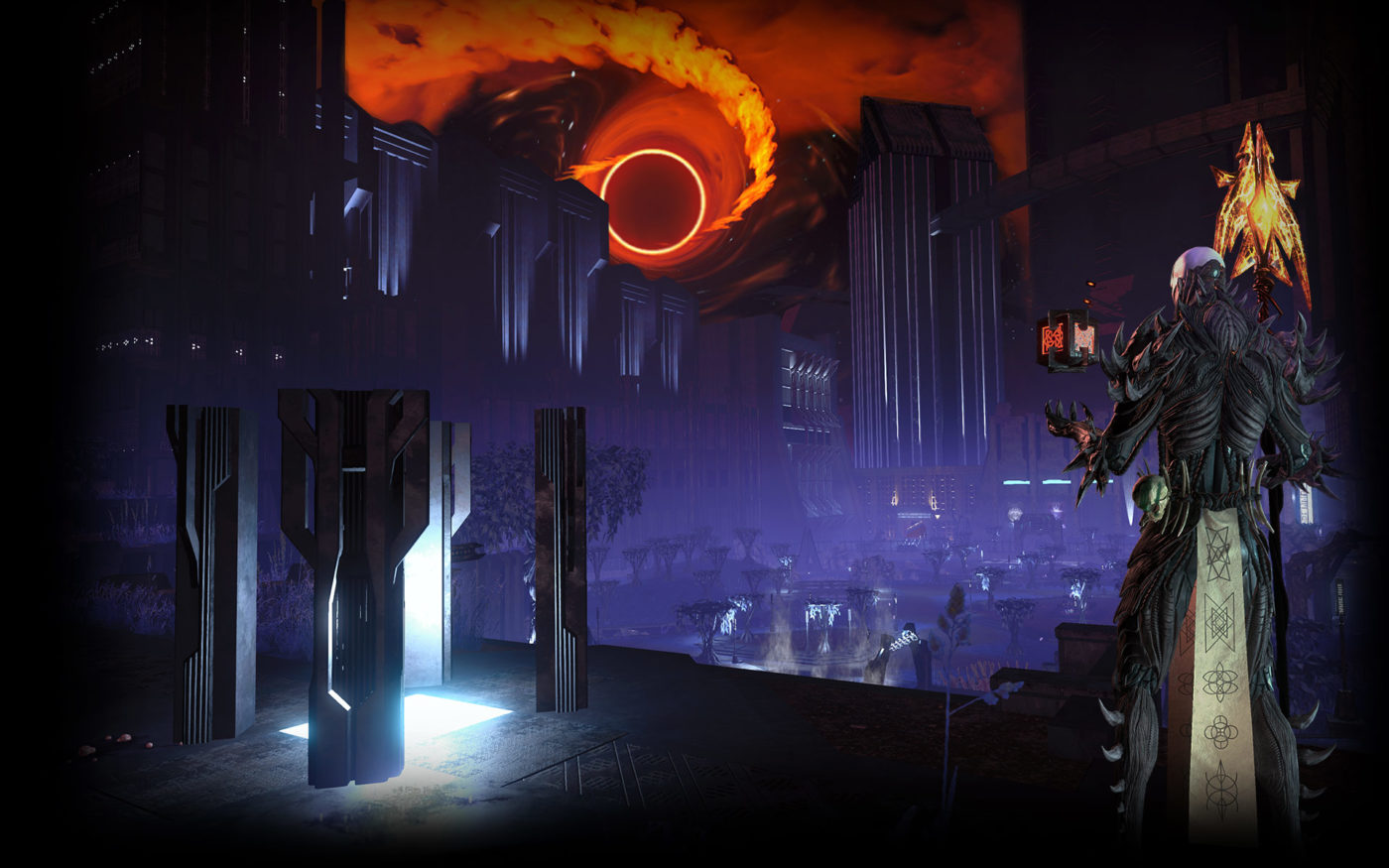 There’s a decent amount of difficulty offered from the enemies and bosses that bring much frustration. Frustration that’s turned into satisfaction once overcoming them. It’s the big reason why so many are in love with the Soul games to begin with and Hellpoint certainly doesn’t skimp out on that. This does go without saying, however, that Hellpoint does offer some different mechanics.

For one, the healing item is not charged by visiting breaches but instead by killing enemies. I would say this adds a bit of a difficulty because now you are forced to face enemies, rather than speed running through sections just to heal. The next is how enemies spawn. Rather than endlessly spawn after each death, they are now on a timer. So levels are easier to clear, at least when it comes to hordes and dealing with tougher enemies. Breaches also allow you to make areas more difficult rather than waiting for NG+ if you are up for the challenge. 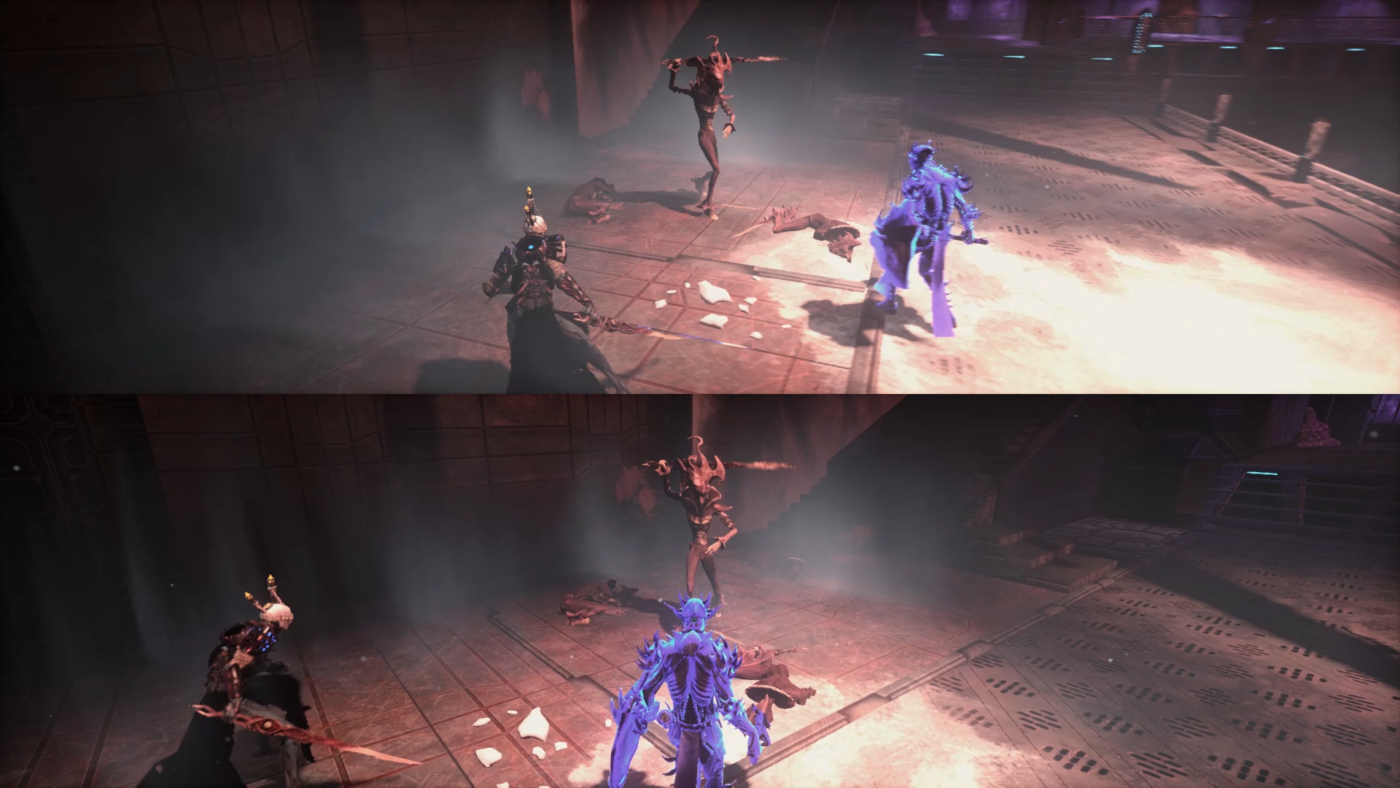 I suppose the biggest difference has to be with how co-op is handled. Playing with a friend is surprisingly super easy as all it takes is entering another players room via search function. There’s also split screen co-op, which is just awesome for a game like this. However, this is where we saw the most issues occur in addition to the ones in solo play.

On the PS4, the framerate is damn near unbearable. Right off the bat there was a great deal of dipping that never seemed to improve throughout our entire campaign. At times it got so bad that it looked like we were watching a clip show, I just had to turn it off. The recent patch didn’t seem to help much with this either. I didn’t have this issue during my original preview, but that was also on a PC that is considerably more beefier than consoles. The co-op experience didn’t fare any better either as we ran into spawn bugs, more frequent graphical issues, and even worse frames-per-second.

I think my general experience with Hellpoint has been a pleasant one. The idea of having a Souls style game set in space is a pretty kickass one if you ask me, though the technical issues and the way levels are structured is what really holds Hellpoint back. There isn’t really much of anything new it does for the genre, outside of its setting, but it’s still a fun time killer, especially for Souls fan. I will say for those on PS4 you should perhaps wait until more performance patches are issued before attempting. Otherwise, I would say get the PC version if you are wanting a more stable experience.

A review copy of Hellpoint was provided by the publisher. Game tested on the PS4 Pro. You can read SP1st and MP1st’s review and scoring policy right here. Hellpoint is now available on the PS4, Xbox One, and PC.