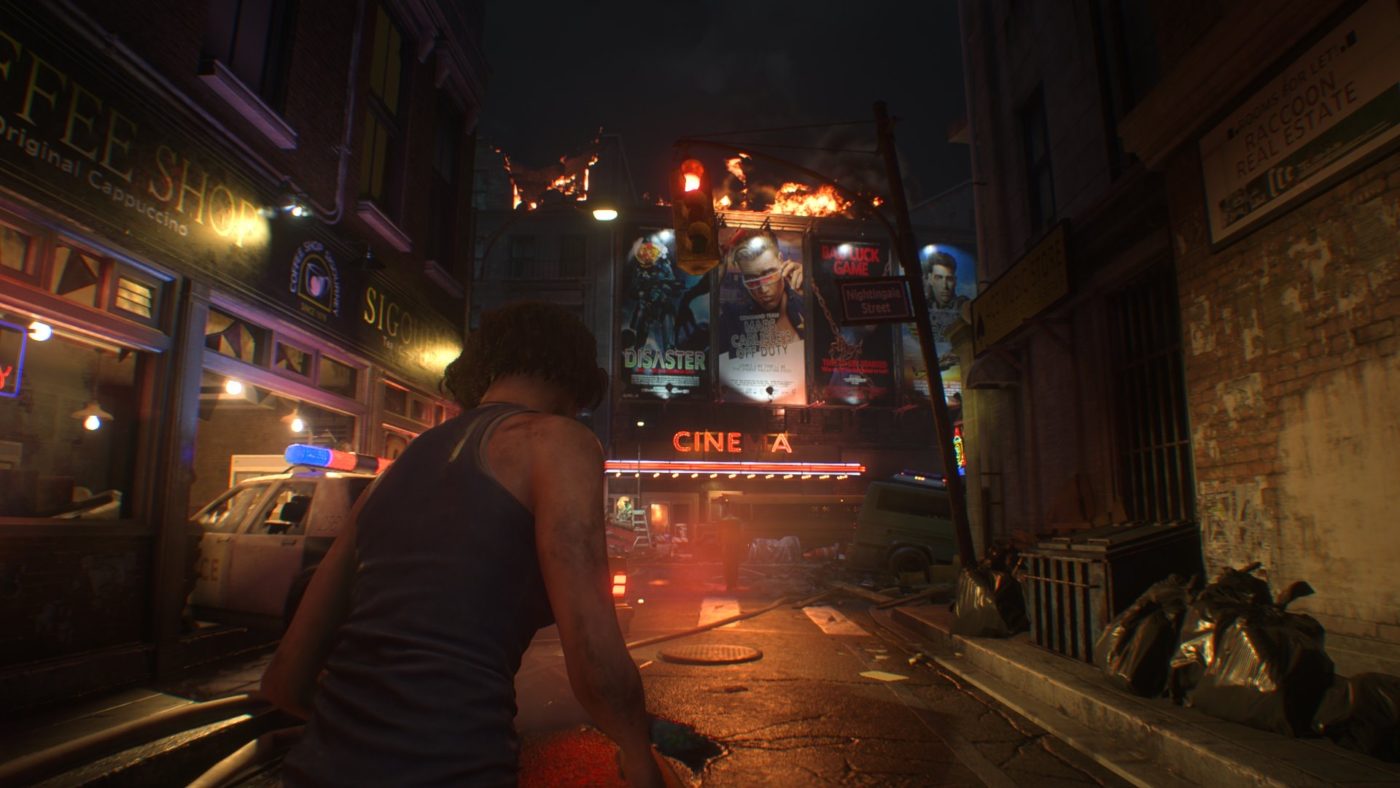 As a fan of the Resident Evil franchise since essentially day one, Resident Evil 2 was always my favorite due to the unheard of (at the time) replay value. As such, Resident Evil 3: Nemesis felt like a step backwards with a far more linear campaign, eschewing the “Zapping System” from Resident Evil 2 which allowed you to play the game four different times and have four relatively unique playthroughs, depending on which character you started with. As a result, Nemesis felt like a much shorter, less rewarding experience. Capcom managed to do the impossible (to me) when they remade Resident Evil 2 (and it did splendidly) by making a game that largely improved upon the experience of the original while keeping most of what made me love it in the first place. Curious? Read on for our full Resident Evil 3 Remake review.

When I found out they were giving Resident Evil 3 the same treatment a year later, I was hoping for the same type of improvements. In many ways they nailed it. In others, they missed an opportunity and released a game that feels like an expansion to Resident Evil 2, instead of a proper full-fledged game. 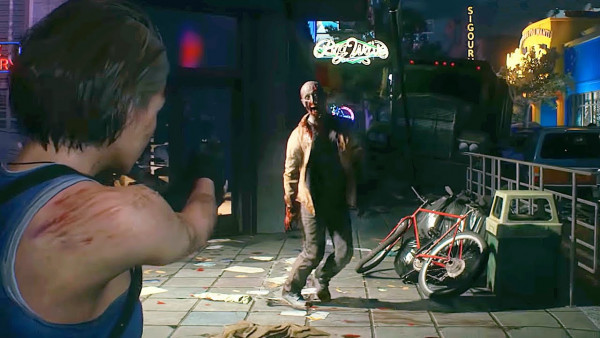 The story follows much of the same beats as the original with a few key differences mostly in the second half of the game. Starting two days prior to the events of Resident Evil 2, and ending shortly after, Jill Valentine finds herself being pursued by a seemingly unstoppable monster (she later finds to be called “Nemesis,” natch) while assisting UCB member Carlos and his team escape the city that is now overrun by zombies and other manner of things that want to kill you.

Jill Valentine is a great character. She feels confident but never cocky and she’s extremely likable. Carlos is much improved this time around. He believes he’s doing the right thing and doesn’t fully grasp exactly what his employers have done…at first.

While the basic story is the same, the clocktower section is excised making the experience much more truncated. There are also no branching paths. Just a linear straight shot to the climax. It does make for a tighter, more focused experience, but it also means the game is absurdly short. It’s entirely possible for the game to be beaten on a first run in under six hours (it took me eight because I am obsessive about running back to store things I might need later which means a lot of backtracking). However, once you complete the story, the game does offer some incentives to play it again by unlocking “power up” items you can purchase with in game currency to go for those higher ranking playthroughs. These items do take up inventory space though, so choose wisely. 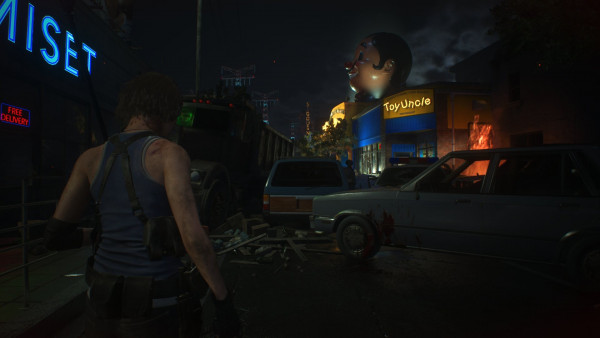 As Deep as a Puddle of Blood

It doesn’t end with the story that comes up short, it’s also, surprisingly, the depth of the game as well. There are far fewer puzzles, weapons and upgrades this time around as well. Also, Mr X, while a more limited villain than the Nemesis, felt much more foreboding than what we get here, which is basically a triggered boss fight four times. I am loathe to compare one game to another in most cases but the feeling that this game had lots of compromises to its ambition can’t be shaken when Capcom got nearly everything right a year ago.

Through most of the game you’ll play as Jill, and this is where the game focuses on the survival horror, adventure game elements. Jill will need to explore and acquire key items to open locks, get through chained fences and so on and she has to do this with minimal inventory slots. This makes every item she picks up extremely valuable, no matter what it is. She is also the only one who has to deal with Nemesis which are either sections where you will need to avoid getting pummeled by it or fight him as all of the boss battles in the game. Resident Evil 3 breaks up the gameplay styles by having you play as Carlos for two sections of the game. In his sections, Carlos can take more damage and has a fully automatic assault rifle with a ton of ammo. This makes his sections easier, but also more action oriented as opposed to survival horror. He also disappears for large portions of the game which has me wondering if future DLC will feature these sections. It’s also comical how many healing items he gets where as Jill gets much fewer outside of the Nemesis boss fights. 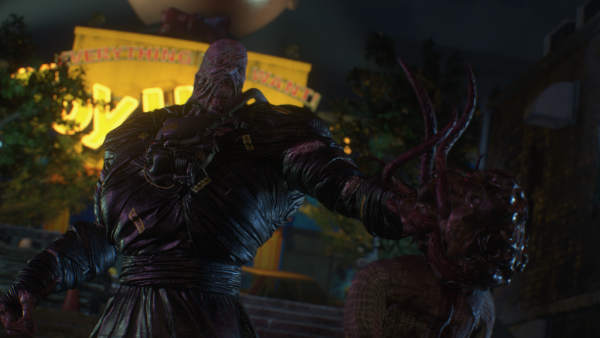 Standing in the Shadow of a Giant

That isn’t at all to say Resident Evil 3’s remake is a bad game. It’s not. At all. The core gameplay is just as good, if not better than Resident Evil 2 with the addition of a dodge button. Shooting feels great. The new enemies provide a significant challenge and are all extremely satisfying to kill. The presentation is also stellar. It’s every bit as beautiful as its predecessor, and the new character models for Jill an Carlos surpass Leon and Claire. Having most of the first act of the game taking place outside on the ravaged streets of Raccoon City allows the RE Engine to flex its lighting and rendering muscles (I would love to see a much more expansive, explorable version of the city in this engine rather than the few streets and alleys we get here but I digress). It’s a drop dead gorgeous game and it sounds great as well. I played with my headset on through most of my playthrough and the sound design is staggeringly immersive and the performances rise to meet it.

Resident Evil 3 Remake is extremely polished, gorgeous, and a ton of fun to play. It’s really the content where the game falls short and that is disappointing for a $60 game that feels less like a sequel to a remarkably fantastic game and more like a decent sized piece of DLC.

Note that the game includes Resident Evil Resistance, the asymmetrial multiplayer game as a freebie. We’ll have a separate review of that soon.