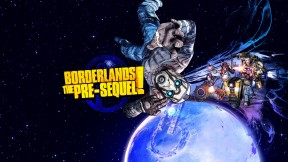 Borderlands: The Pre-Sequel – Get Ready To Meet Aurelia The Baroness This Week News 2

News 2 With Gearbox Software’s panel during PAX South now officially over and without any major announcements like the supposed “Borderlands 3” coming to fruition, the studio didn’t exactly leave fans empty handed. During the panel, Gearbox officially announced the next set of DLC for their recently released Borderlands: The Pre-Sequel title, which is none other then Aurelia […] 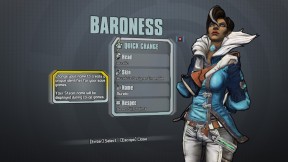 News 10 As we previously reported earlier in the month, a sixth playable character for Borderlands: The Pre-Sequel called Aurelia the Baroness was discovered, hinting at a future character DLC release for the game, in addition to the Doppelganger class. Now, through another leak, it appears that the Baroness’ skill tree has also been revealed. You can check out […]

News 18 While the Doppelganger has already been announced as a new playable character coming up in the near future, some data mining of the recently released Borderlands: The Pre-Sequel indicates that Jack’s body-double might not be the only new DLC playable character. TechnoJacker from the Se7enSins community stumbled on some very interesting information regarding a potential second playable DLC character. Not much […]