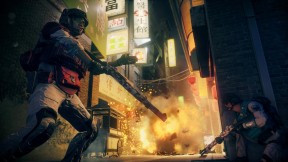 News 8 As is the modern tradition for recent Battlefield releases, the upcoming DLC launch for Visceral Games’ cops vs. criminals spin-off is now has its own uniquely crafted cinematic trailer built by members of the game’s community. This one in particular was produced by The Two Scotsmen, who also did amazing work on previous DLC launches for Battlefield 4, […] 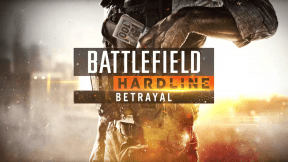 News 1 The multiplayer team at Visceral Games is giving Battlefield fans a first look at what’s new in the upcoming content drop for its cops vs. criminals shooter. Battlefield Hardline’s Betrayal DLC was announced earlier this month as the shooter’s fourth and final multiplayer expansion. Buyers will get four new maps, shown above, along with seven new weapons, two new […]