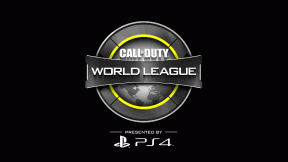 News 0 In a press release, Activision has announced that the Call of Duty World League (CWL) New Orleans Open champ is Team Kaliber! Team Kaliber fought for the top spot against Luminosity Gaming, Rise Nation, and Red Reserve which rounded out the top four spots in the three-day competition, which took place at the Ernest N. […]

News 14 Call of Duty and eSports fans have a lot to look forward to this weekend, as the Call of Duty World League Championship 2017 has already begun, and that means lots of professional fragging.  The prize pot for the event is a cool $1.5 million, which will be fought over by 32 teams. It’s once […]