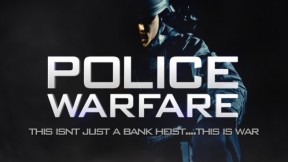 News 14 Early this month we reported on an exciting new Kickstarter account called “Police Warfare”. According to a recent update by Elastic Games, the Kickstarter account has apparently been cancelled. Here’s the latest update found on the official Kickstarter page: Hey Guys, Thank you so much for the incredible response to the game. We’re shutting down the kickstarter […]

News 12 Much like game developer Serellan and their newly introduced FPS project Takedown, Elastic Games have created a Kickstarter for their own unique FPS project titled Police Warfare. Police Warfare is a “bite-sized AAA” multiplayer FPS that will focus on the age old feud between cops and robbers. However, Elastic Games promises it to be much more. […]