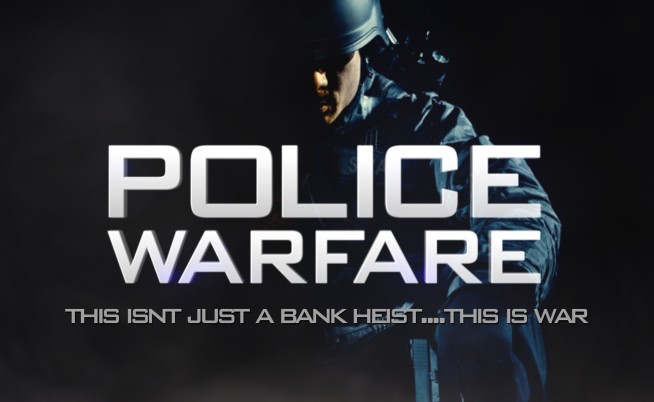 Much like game developer Serellan and their newly introduced FPS project Takedown, Elastic Games have created a Kickstarter for their own unique FPS project titled Police Warfare.

Police Warfare is a “bite-sized AAA” multiplayer FPS that will focus on the age old feud between cops and robbers. However, Elastic Games promises it to be much more.

Akin to Battlefield: 1943, Police Warfare is advertised on their Kickstarter page as a “small but extremely high quality shooter built for digital download.” Elasic Games will give players the opportunity to “experience the gorgeous visuals, punchy sound design, and fluid controls they expect in a AAA FPS. All this while a clash of titans takes place in sunny Los Angeles between America’s oldest and most distinguished SWAT division, and a group of former private military contractors armed to the teeth in the latest weapons, vehicles and gadgets. This isn’t just a bank heist…this is war.”

Check out the official pitch below!

For more details about Police Warfare and to donate to the project, visit their Kickstarter page and check out their official website. Their current goal is set at raising $325,000 in funds to be able to begin full production.

Check out what Elastic Games is rewarding to those who pledge $1,000 or more:

ALL PREVIOUS REWARDS + Send a special message to the world with any logo, text, design or picture of your choosing to be featured on the in-game graffiti sections of walls in the game. (No nudity, racial content, copyright material or generally NSFW stuff accepted)

ALL PREVIOUS REWARDS + Your face featured as one of the in-game characters as either SWAT or Robber + 1:10 scale, high quality, hand painted figure of SWAT or Robber.

INCLUDES REWARDS FOR 1K PLEDGE + Your name in credits as Associate Producer + Invitation to our private release party with open bar and free food + take a tour of the development facilities and play the latest build and enjoy lunch with the development team (must be able to travel to the Los Angeles area) + 5 extra digital copies of the game for all your friends! + 1:10 scale, high quality, hand painted figure of either SWAT or Robber.

INCLUDES REWARDS FOR 1K PLEDGE + Experience a day of REAL SWAT training and bootcamp with the tactical police advisors working on this project. You will spend a full day suited up in real SWAT gear and learn the tactics used by todays foremost swat teams. You’ll receive firearms training using real SWAT weapons on a live firing range. (Must be able to travel to Los Angeles area). + 10 extra digital copies of the game for all your friends! + Your name as Associate Producer in the credits + Invitation to the private release party + take a tour of the development facilities and play the latest build + 1:10 scale high quality hand painted figure.