EA: “Frostbite 2 Was Built For The Next Generation” and Why It’s Being Used For MoH: Warfighter News 42

News 42 Head of EA Games label Patrick Soderlund talks Frostbite 2 and how the engine will embrace the next generation of consoles, revealing that DICE intentionally developed the engine for PC in preparation for next gen. While Battlefield 3 looks great across the board in terms of visuals, it’s noticeable that the PC version is still […] 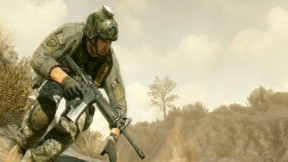