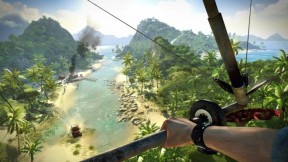 News 15 Far Cry 3 console patch 1.03 has landed on the PlayStation 3 while the Xbox 360 version sits through verification, soon to be released. Below are a list of fixes for both the multiplayer, map editor and single player that you’ll notice after downloading the update on either the PlayStation 3 or Xbox 360. Multiplayer […] 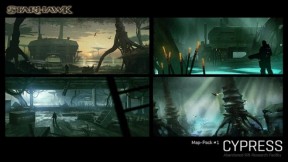 News 11 Starting today, you’ll be able to download the first of many free map packs along with a brand new patch that adds an assortment of new features to the Starhawk universe. Labeled as the “Cypress Map Pack”, this bundle will include two brand-new maps called  “Cypress: Collider” and “Cypress: Origin”. Taking the fans’ feedback, both these […]

News 42 DICE has released patch 1.03 for Battlefield 3 on the PS3 to address the VoIP issues. As DICE promised last month, the studio found and fixed the voice chat problems on the PS3 that have plagued the game since its launch. The patch is still being rolled out, so don’t worry if you haven’t received it yet. The patch […]

News 24 Just a few days after Modern Warfare 3’s release, Infinity Ward patches the title on both Xbox 360 and PS3. Also, Robert Bowling, Infinity Ward’s Creative Strategist shed some light on issues that will be fixed at a later date. Patch 1.03 When you fire up Modern Warfare 3, you’ll be notified that you need to […]