More Evidence of a Battlefield 3 Day One Patch? News 16

News 16 Battlefield 3 day one patch is everything but confirmed. Earlier this month, in an interview with Strategy Informer, Patrick Liu agreed that Battlefield 3 will “probably” have a day one patch, which “will include feedback from the beta”. Patrick Bach also suggested the possibility of having a patch on release day. He clarified to VG247, “we [DICE] […] 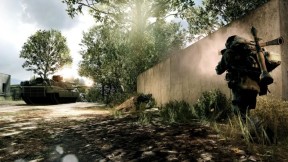 News 14 We here at MP1st hope many of you are enjoying the early access to the Battelfield 3 Beta. We know the rest of the world will on the 29th. Since the game is still in it’s Beta stage, you will most likely notice a few bugs and glitches here and there. Or, perhaps you will […]