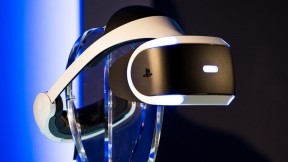 News 10 Sony’s virtual reality machine, Project Morpheus, is coming to PlayStation 4 sometime in the first half of 2016, the company announced today. Along with four brand new VR demos, a prototype of the device was showcased at the Game Developers Conference this year that Sony says is closer to the consumer product it plans to […] 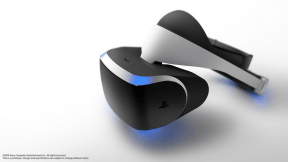 News 44 Today, Sony has officially announced the long-rumored virtual reality headset coming to the PlayStation 4. Dubbed “Project Morpheus,” the work-in-progress will help the company in “driving the future of innovation at Sony Computer Entertainment,” said Sony Worldwide Studio President, Shuhei Yoshida, during their GDC conference. The device has been in development since 2010, and will be playable […]