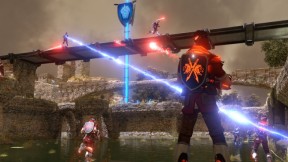 News 5 Ubisoft games and Nadeo have released their first E3 trailer for ShootMania, a new Online First-Person-Shooter that is set to release later this year on the PC. Though players can engage in 1v1 or team-based battles, emphasis is placed on player creativity to craft even more game modes to share with the ManiaPlanet gaming network. Check […]