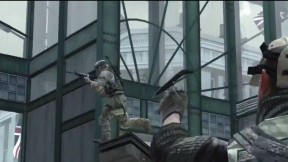 Throwing Knives are Back in Modern Warfare 3 News 0

News 0 It’s been confirmed that Throwing Knives are coming back to Modern Warfare 3. We still don’t know if they are going to be selectable under lethal ‘projectiles’ as they were in Black Ops, or an ‘equipment’ slot like in Modern Warfare 2. Are you excited to see throwing knives back? Or, have you been killed one […]