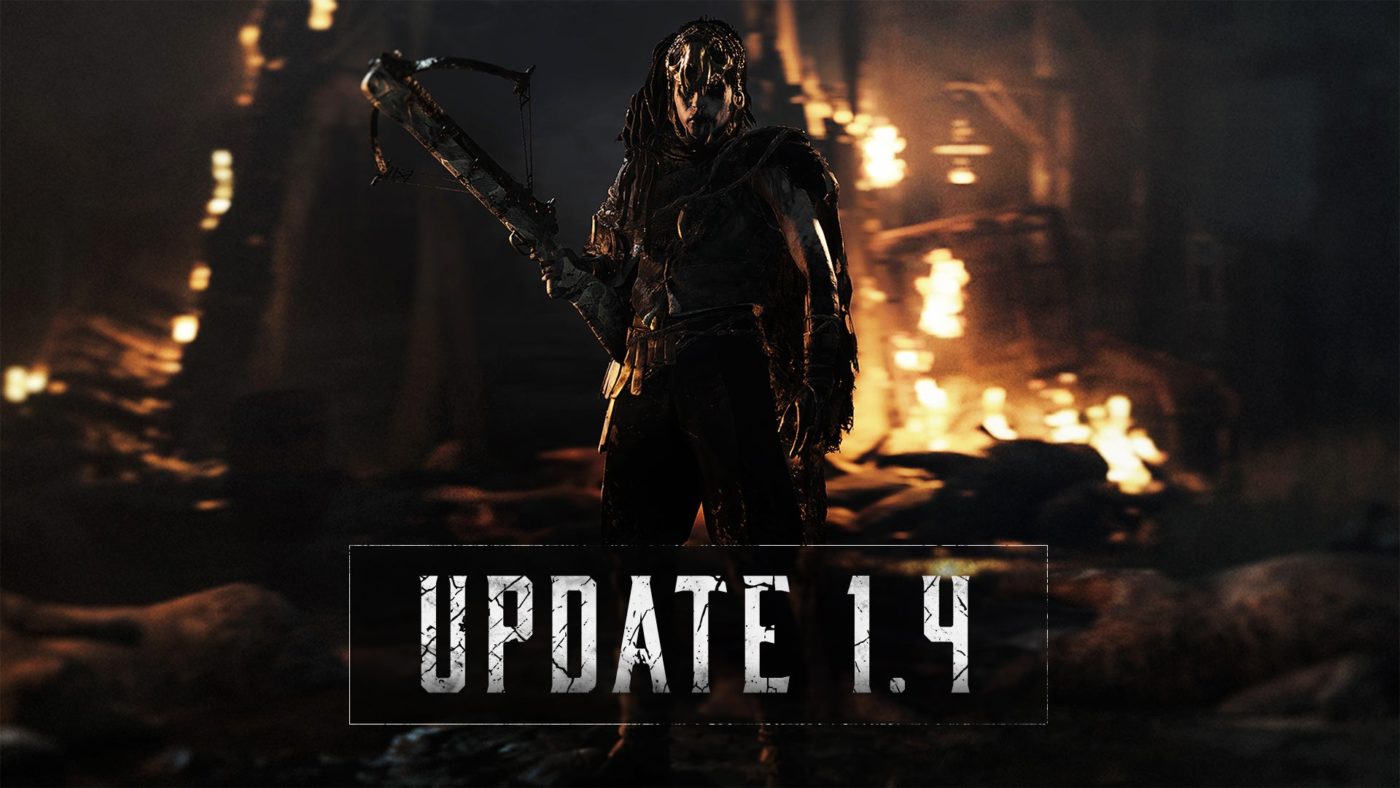 Crytek has released what it calls “Update 1.4” for Hunt Showdown! Console players will see this as the Hunt Showdown update 1.08 June 23 patch, and it includes a lot of gameplay changes, new Legendary weapons and more.

Different Intensities for Damage Effects – Update 1.4 rewrites everything you know about burning, bleeding or poison, with new rules and intensities for each damage type.

New Equipment – The update brings some new toys to play with. Now you can poison your careless foes using the brand new Poison Trip Mine tool and as for the careful Hunters, the Serpent trait has been added, allowing the interaction with clues, rifts, and abandoned bounties from afar when using dark sight.

New Legendaries – We have introduced many new Legendary weapons including the runners up in our 2nd-anniversary weapon skin contest as well as a Hunter! Make sure to check them out.

Developer Note:
By introducing different intensities of fire damage we now have new options for balancing game mechanics and equipment. The most noticeable balance change is that hunters don’t automatically start burning anymore when they come in contact with fire but on the flip side can also burn faster than before. On one hand, this will reduce frustration for new players that are still learning the mechanics and also give careful players the opportunity to resolve certain situations more effectively. On the other hand fire now also has the potential to damage players even more severely when not taken seriously. The Hellfire Bomb explosion for example does no longer deal physical damage but will scorch a small chunk worth of health instantly and at the same time cause hunters to burn intensively.

This new mechanic will also help us to introduce and balance custom ammunition like incendiary bullets in the future.

Developer Note:
Since quite a few of the AI enemies and equipment in Hunt can cause a hunter to bleed it makes sense to introduce intensities and with that a certain scalability to the effect. This will allow players to slip up once in a while but punish them even more than before when they let a situation get out of hand.

This new mechanic will also help us to introduce and balance custom ammunition in the future.

Developer Note:
The duration of the poison effect on hunters was fixed in the past and therefore did not necessarily match with the cause of the poisoning. With introducing an intensity that can scale up and down it’s now a valid option for careful players to sit out short exposures and not having to rely on traits or equipment like the antidote shot.

This new mechanic will also help us to introduce and balance custom ammunition like poison bullets in the future.

Again, Crytek calls this update 1.4, but it should show up as the Hunt Showdown update 1.08 June 23 patch for console gamers, so don’t be confused.